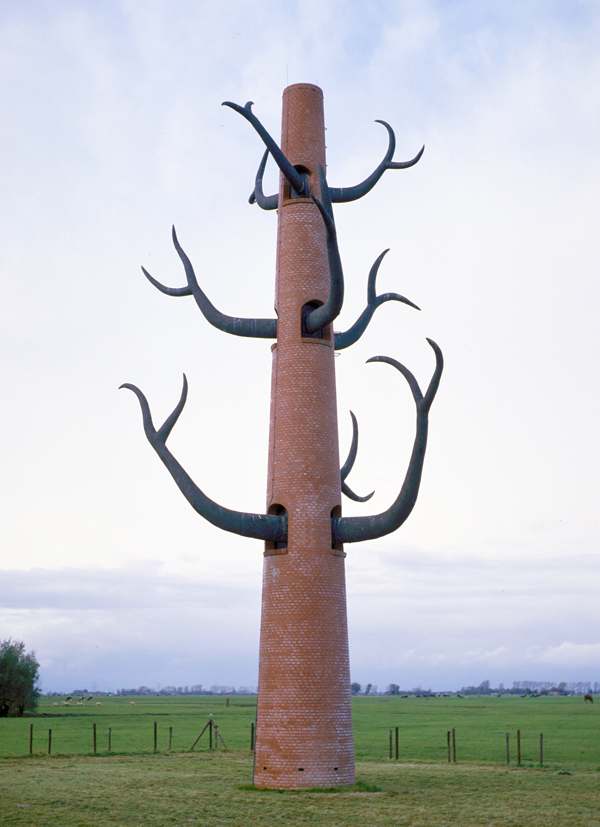 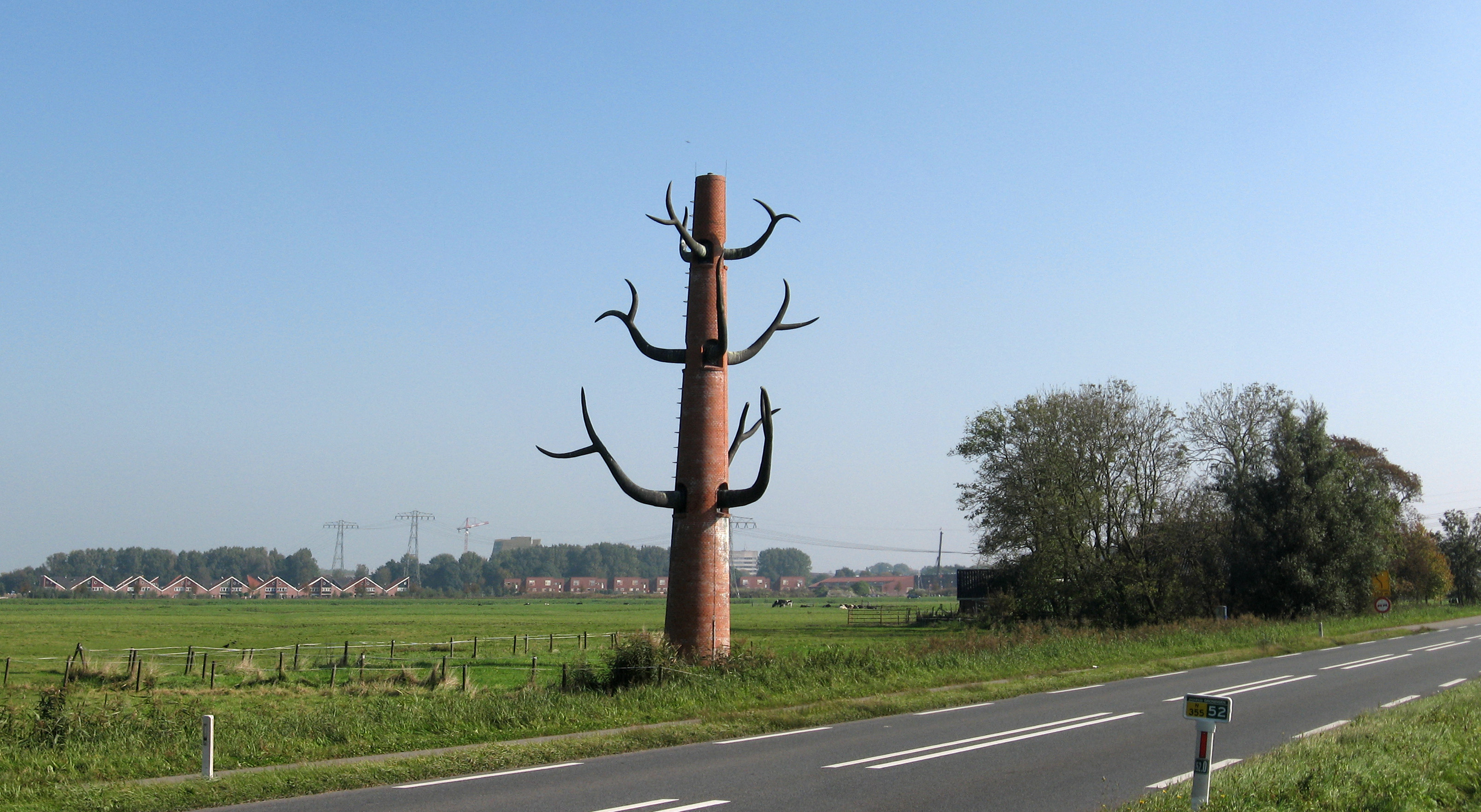 Commissioned by the city of Groningen, as one of a series of nine monumental works by various artists and philosophers- 'The Books of Groningen' - placed at the different entry points to the city. The whole project was based on a plan by the architect Daniel Libeskind, who directed the project.
'Thom Puckey has designed a red brick chimney which rises seventeen meters from the ground. Bricklaying is an ancient craft which is rapidly declining in the modern world. The fantastically shaped branches which break through the brickwork are part of a bronze tree concealed inside the chimney. Each branch is a tongue, a song. Together the branches represent the muse Polyhymnia. An urban, artificial tree.'