Figure on Bed with Camera and Weapons 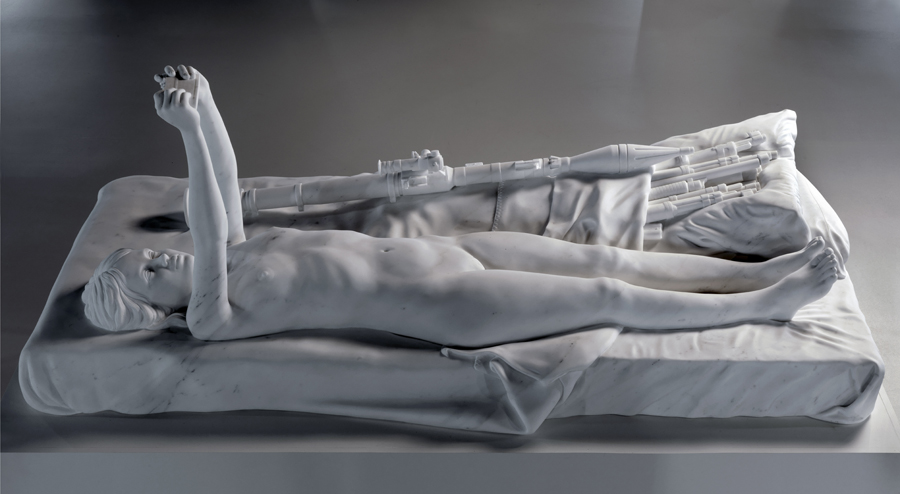 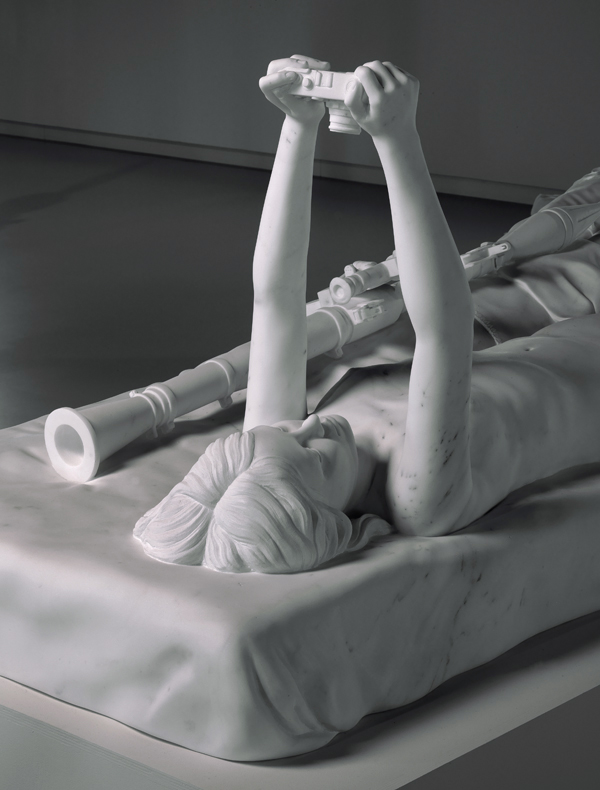 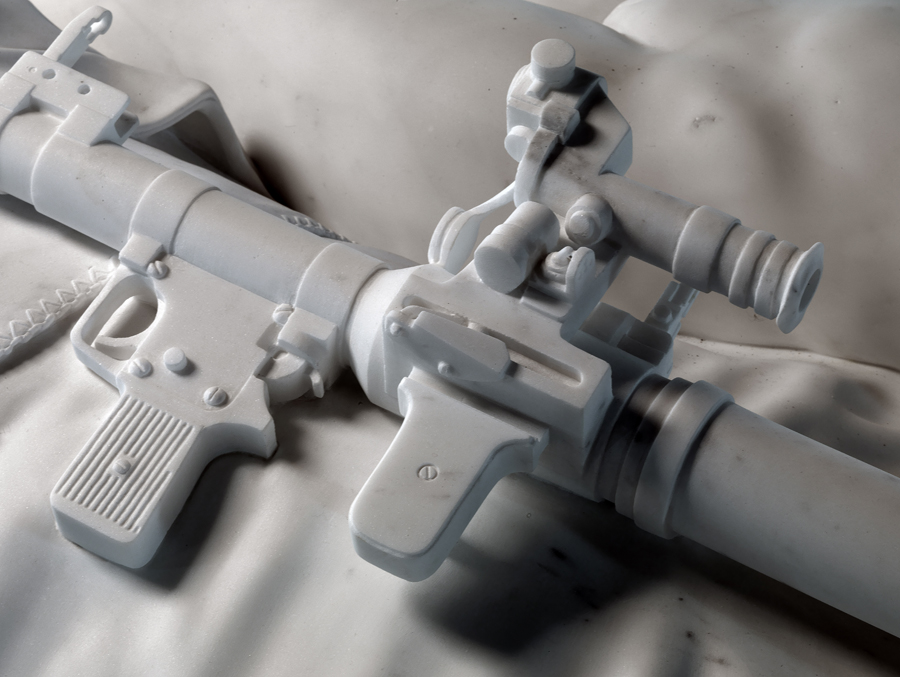 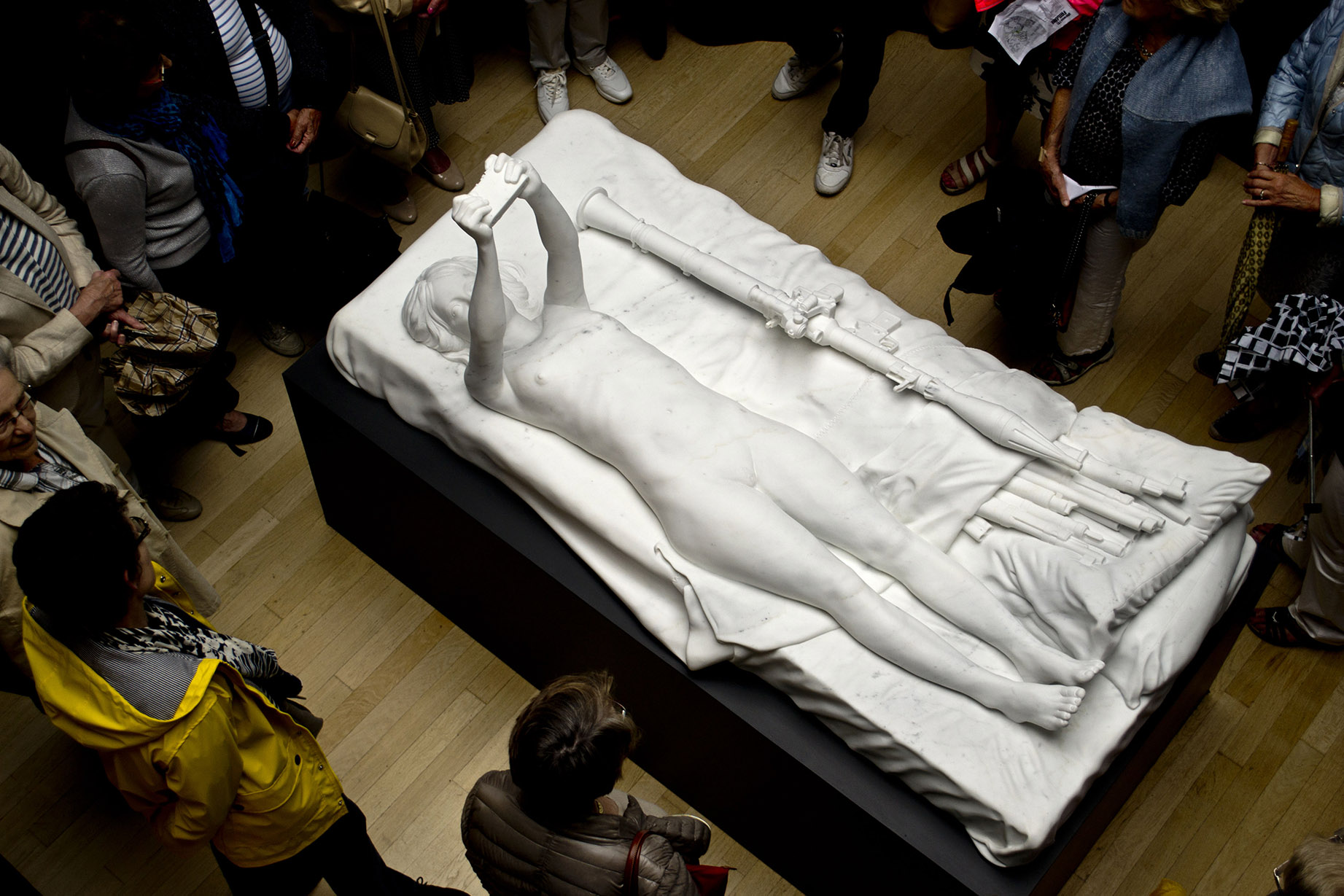 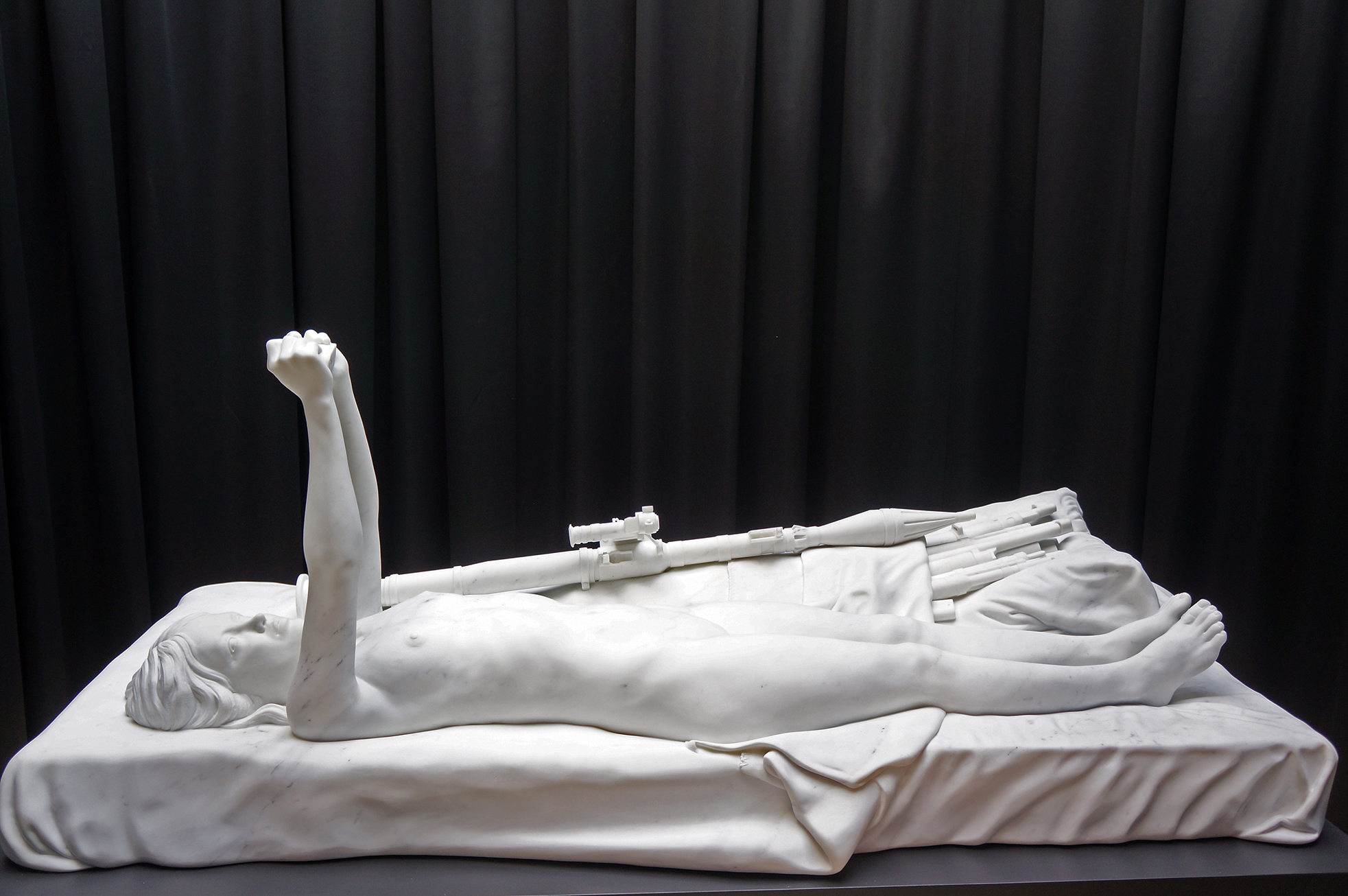 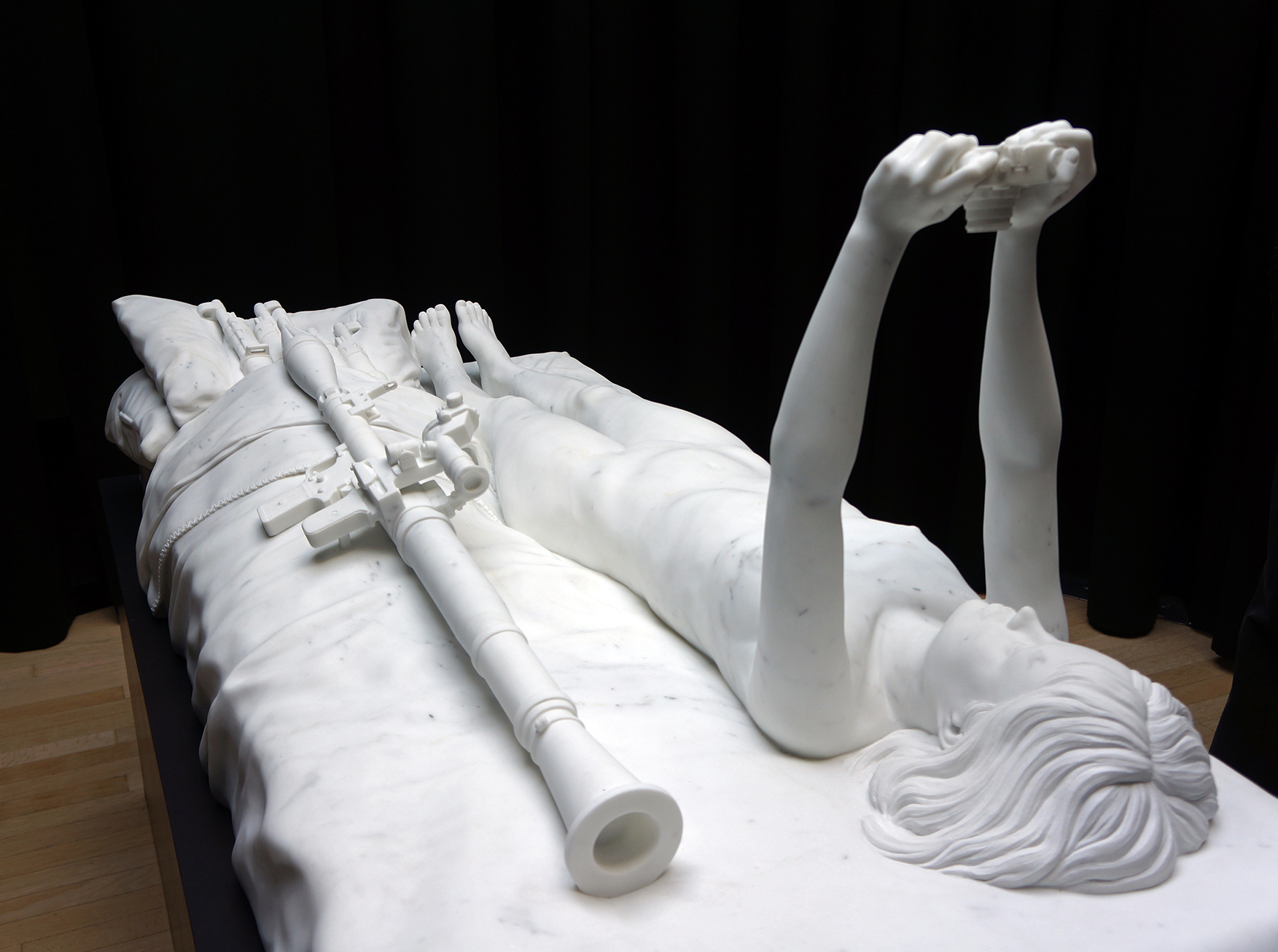 Willem Elias: This philosophical reflection in the work of Thom Puckey, which may be called essential, is expressed most effectively in his latest pieces. In Figure on Bed with Camera and Weapons (2013) a naked woman lies the wrong way round on a bed stretching her arms out so as to make a portrait of herself. A camera plays the role of a weapon. Language allows us to speak of ‘shooting’ photos. Even colloquially the kinship with a weapon is recognised. Once someone has a picture of you, to some extent he takes possession of you. But the person lying down is taking her own picture, so that the photo takes on the function of the mirror in the piece discussed earlier. The photographic image too is always a lie. That simply put is its paradox. The piece provides a beautiful synthesis of Thom Puckey’s oeuvre: the bed as a risky, intimate place, the young woman, vulnerably naked, as representative of humanity as youthfulness, the weapons as danger from the outside world and the photo camera as self-reflection doomed to failure; and all that, carved in brilliant marble as back-to-fine-art. Beauty has to continue becoming beauty.