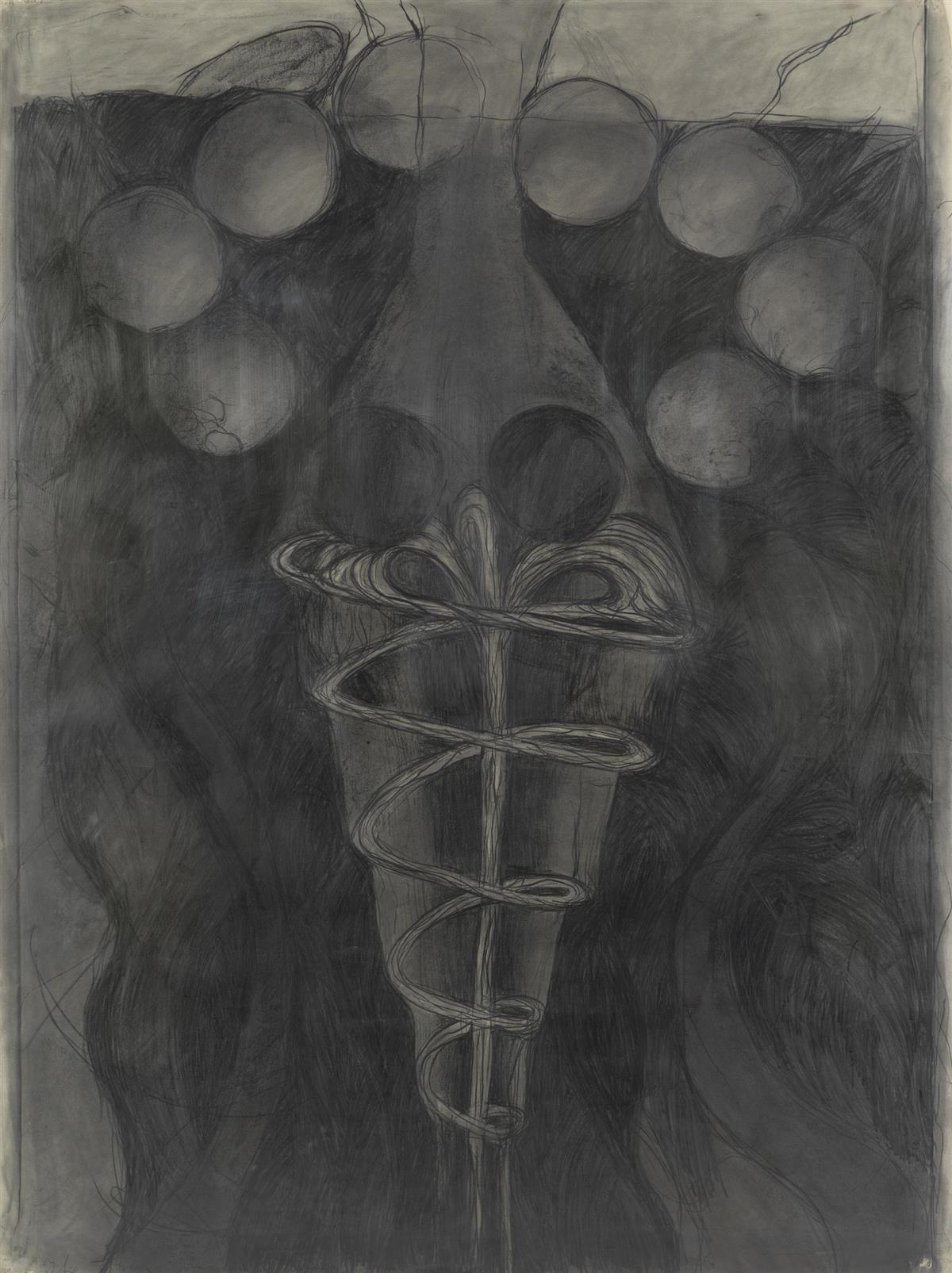 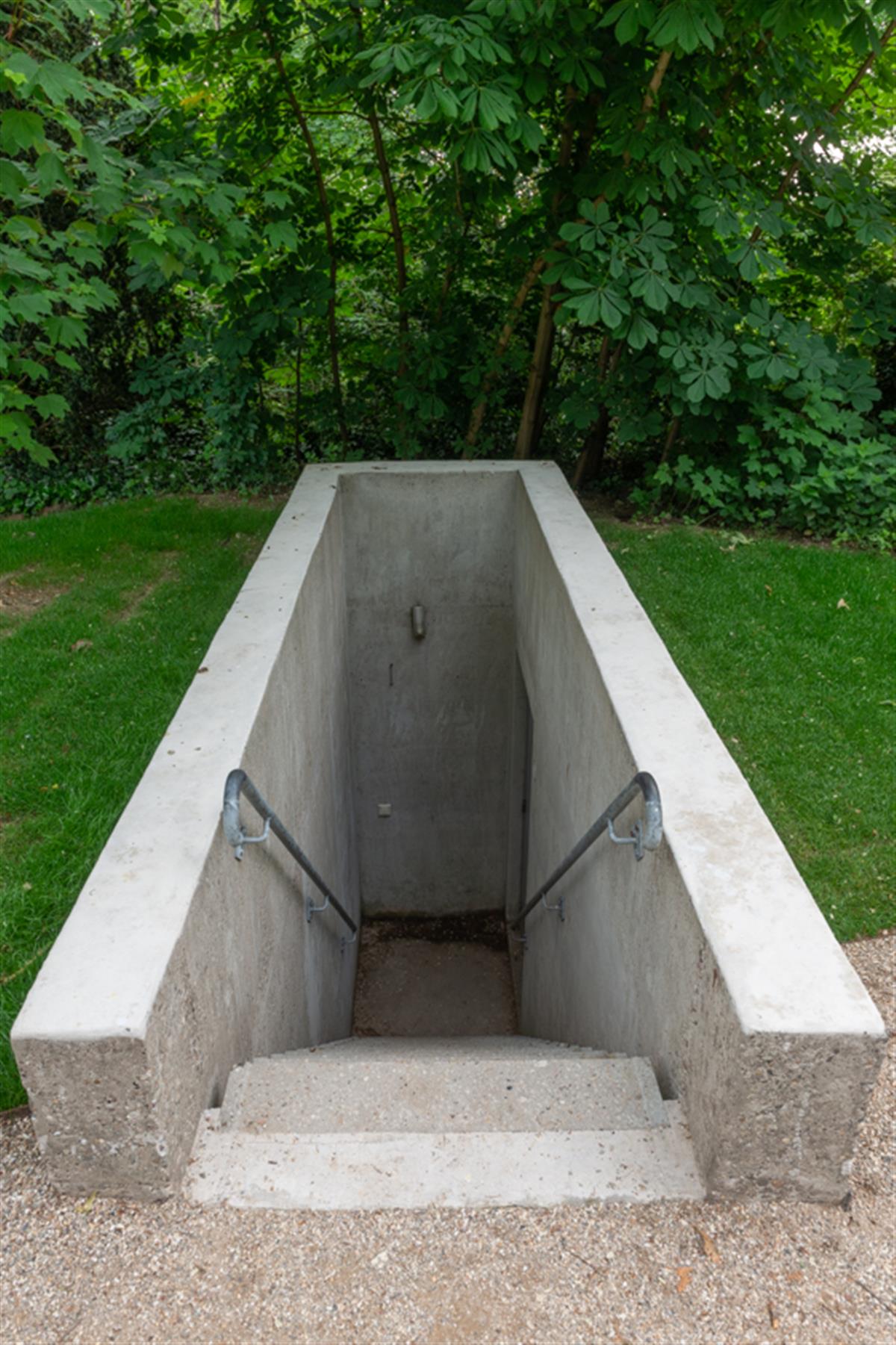 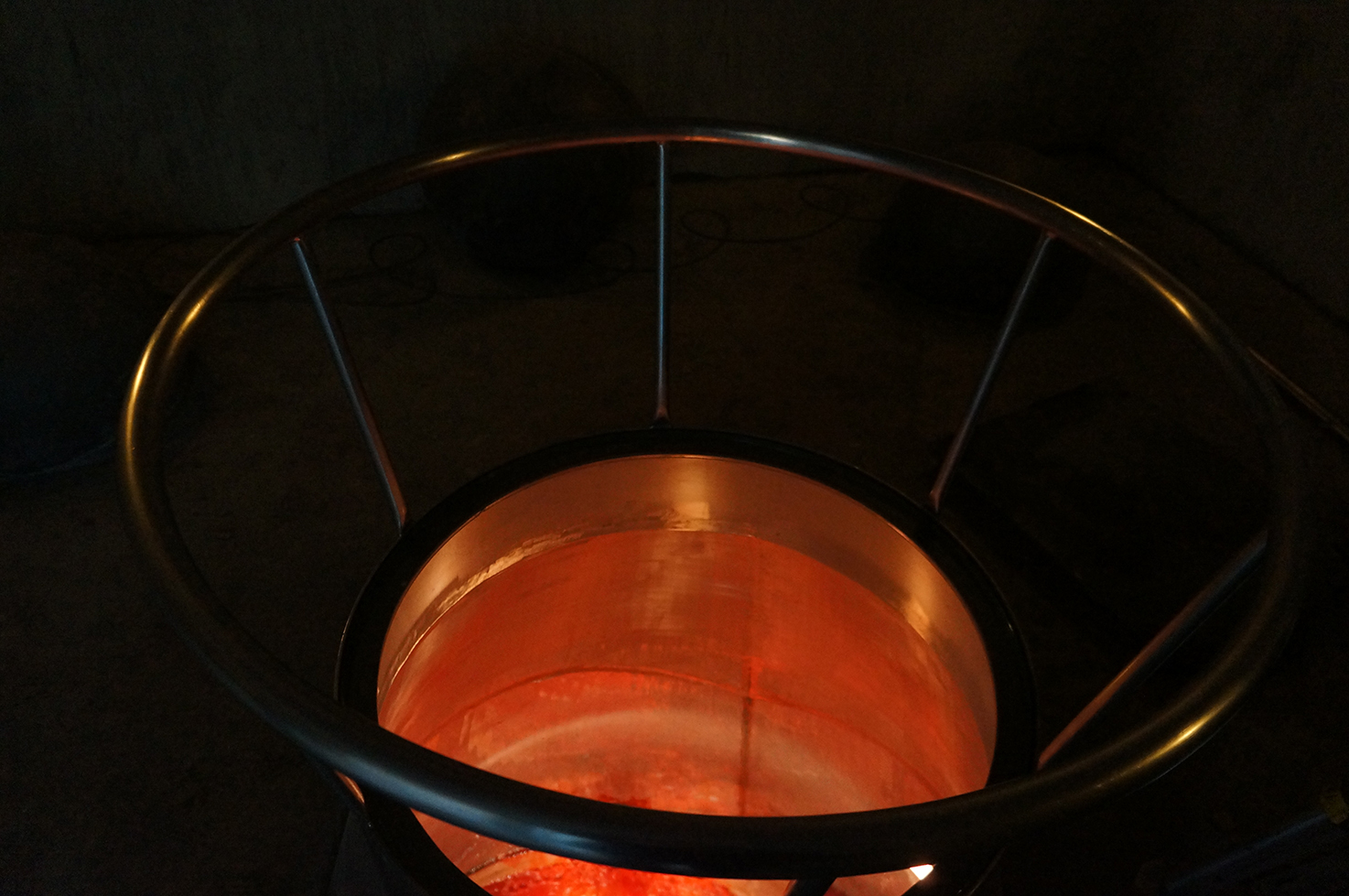 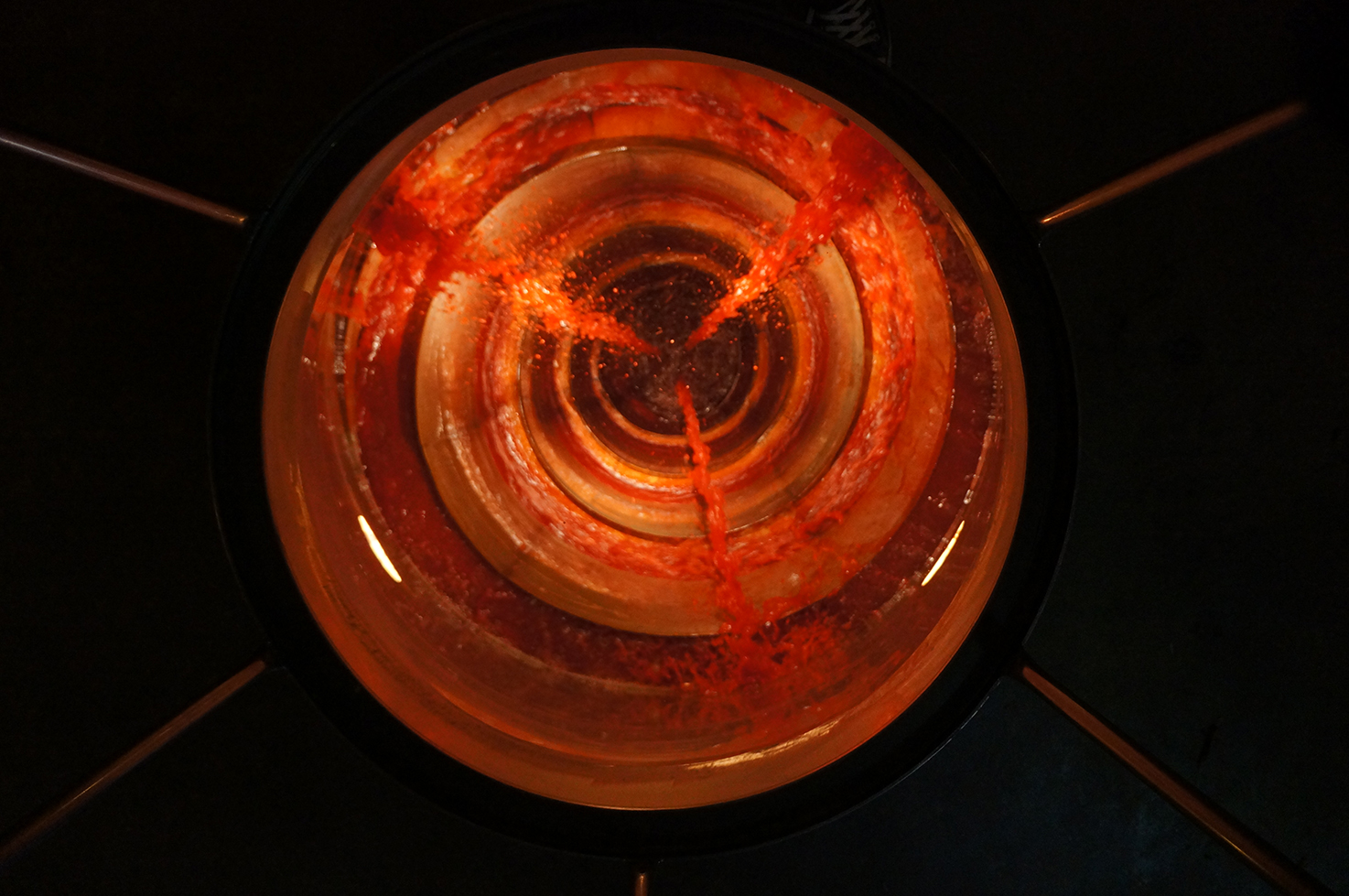 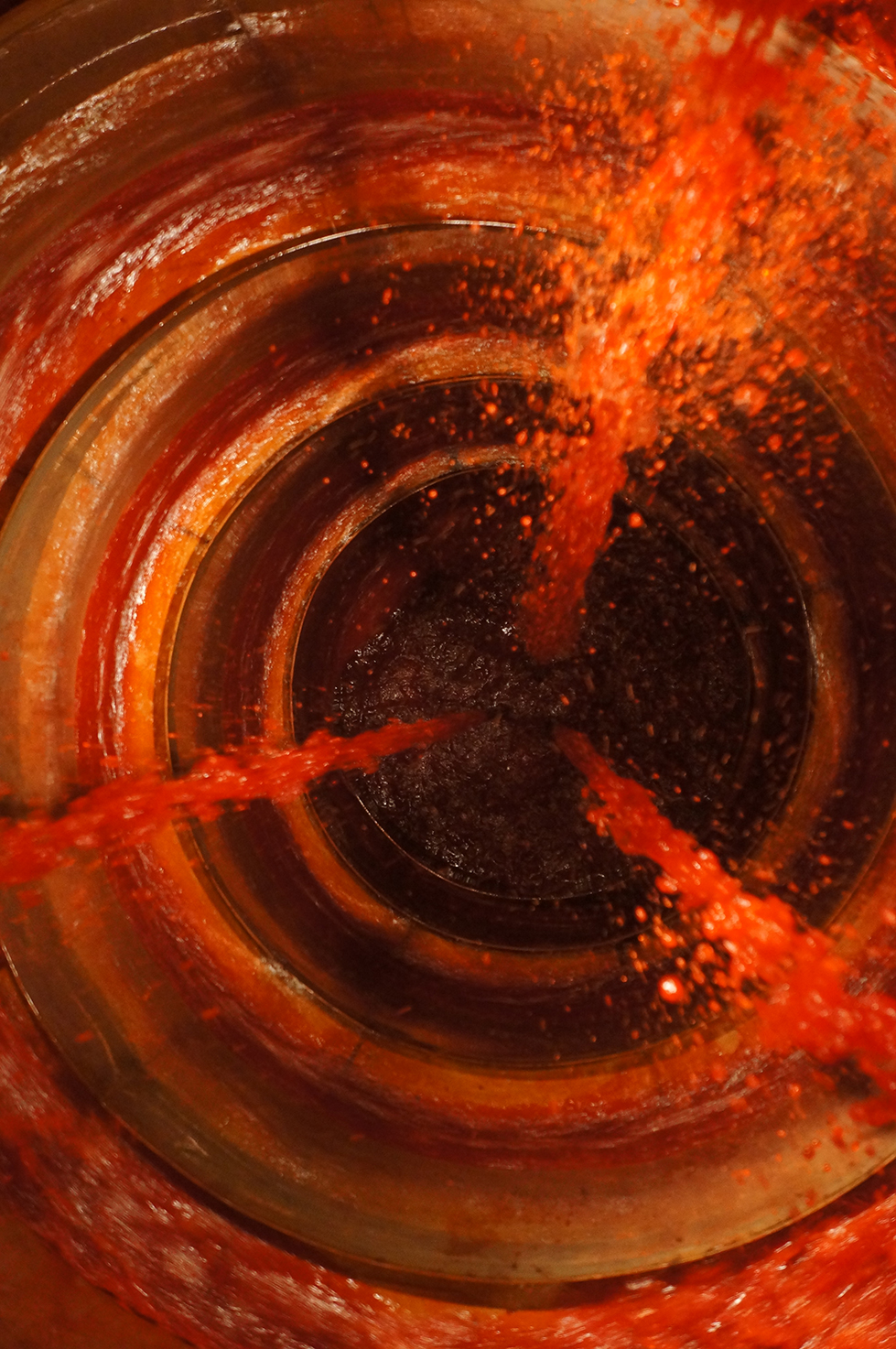 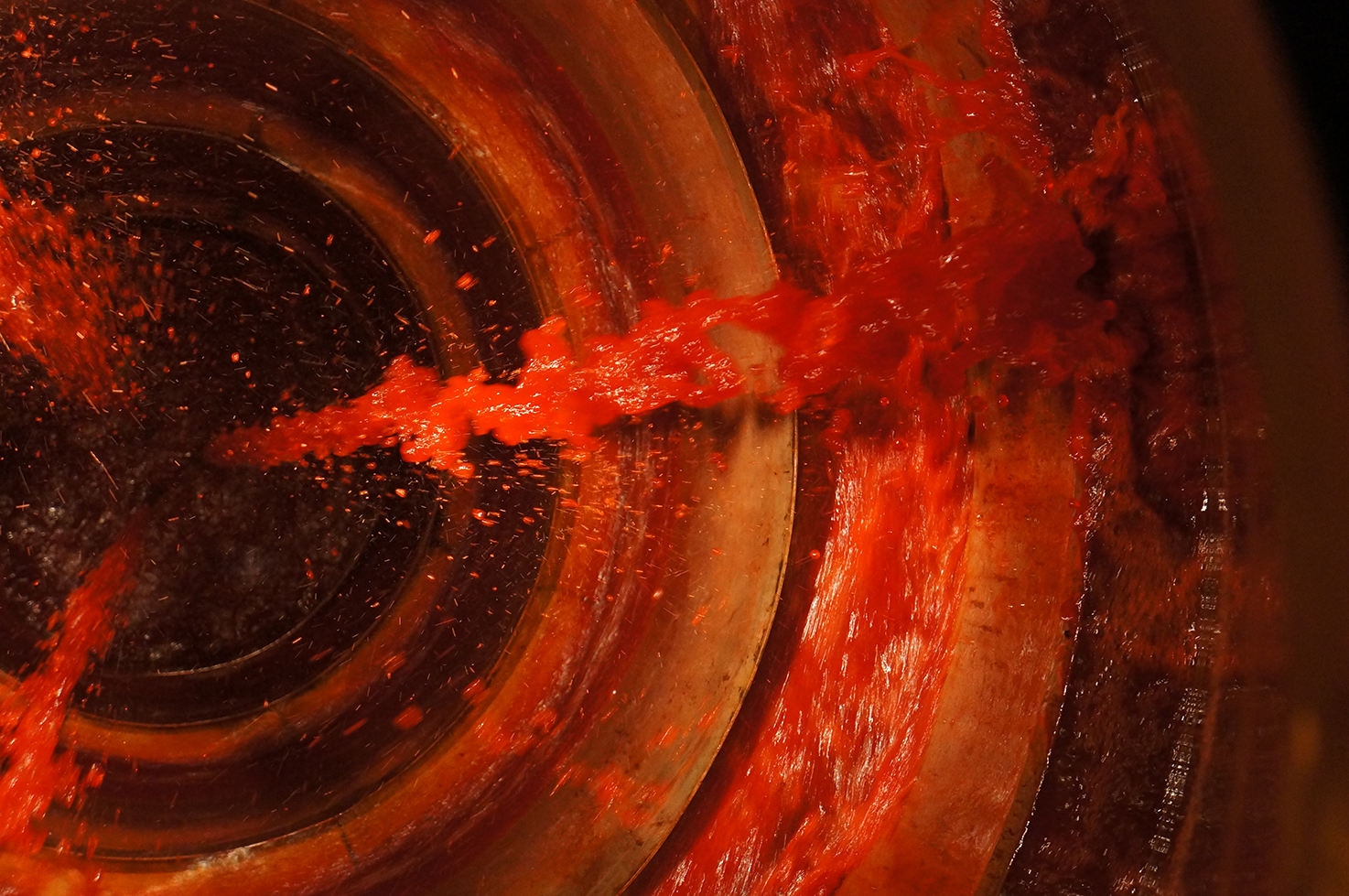 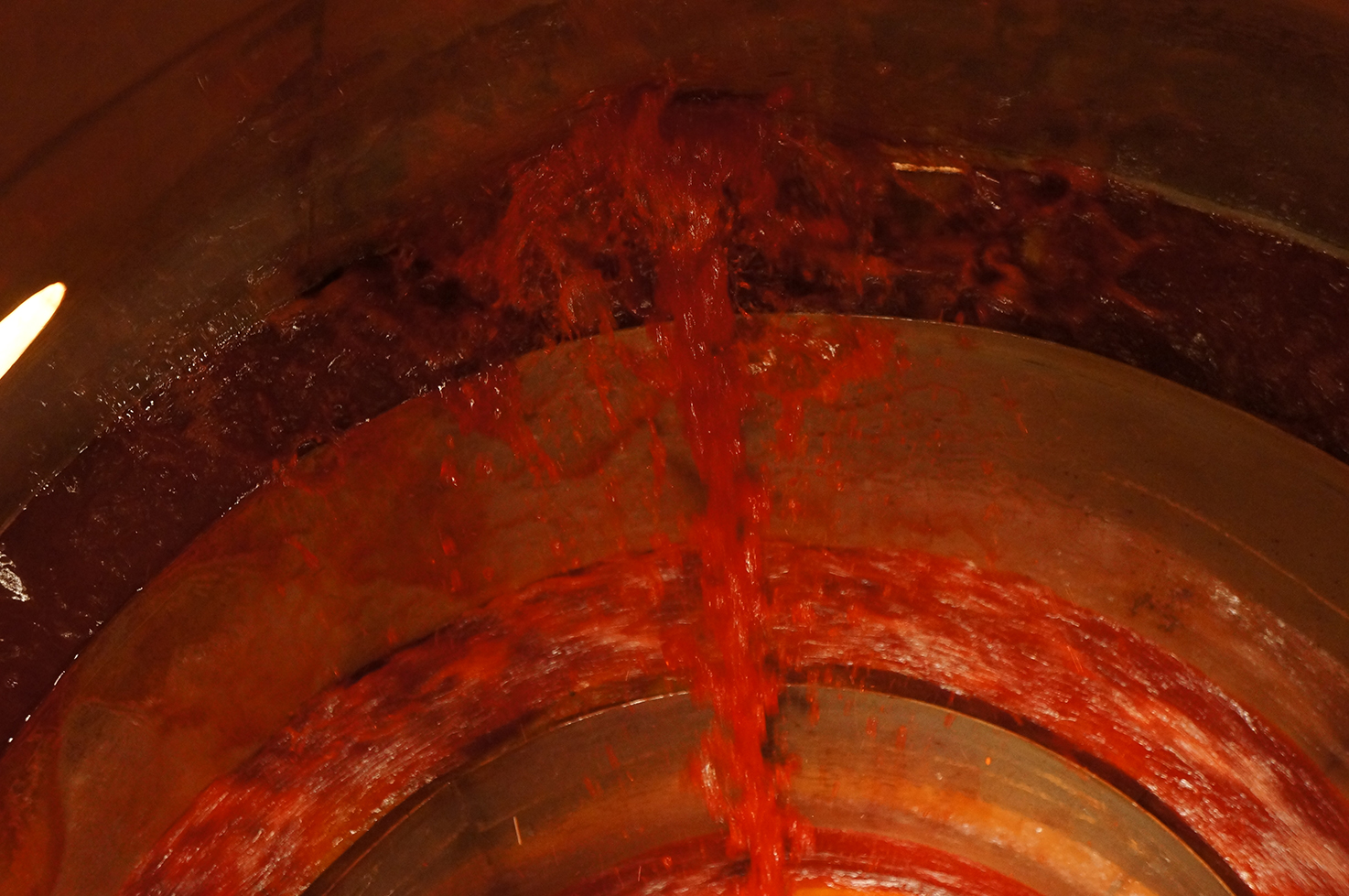 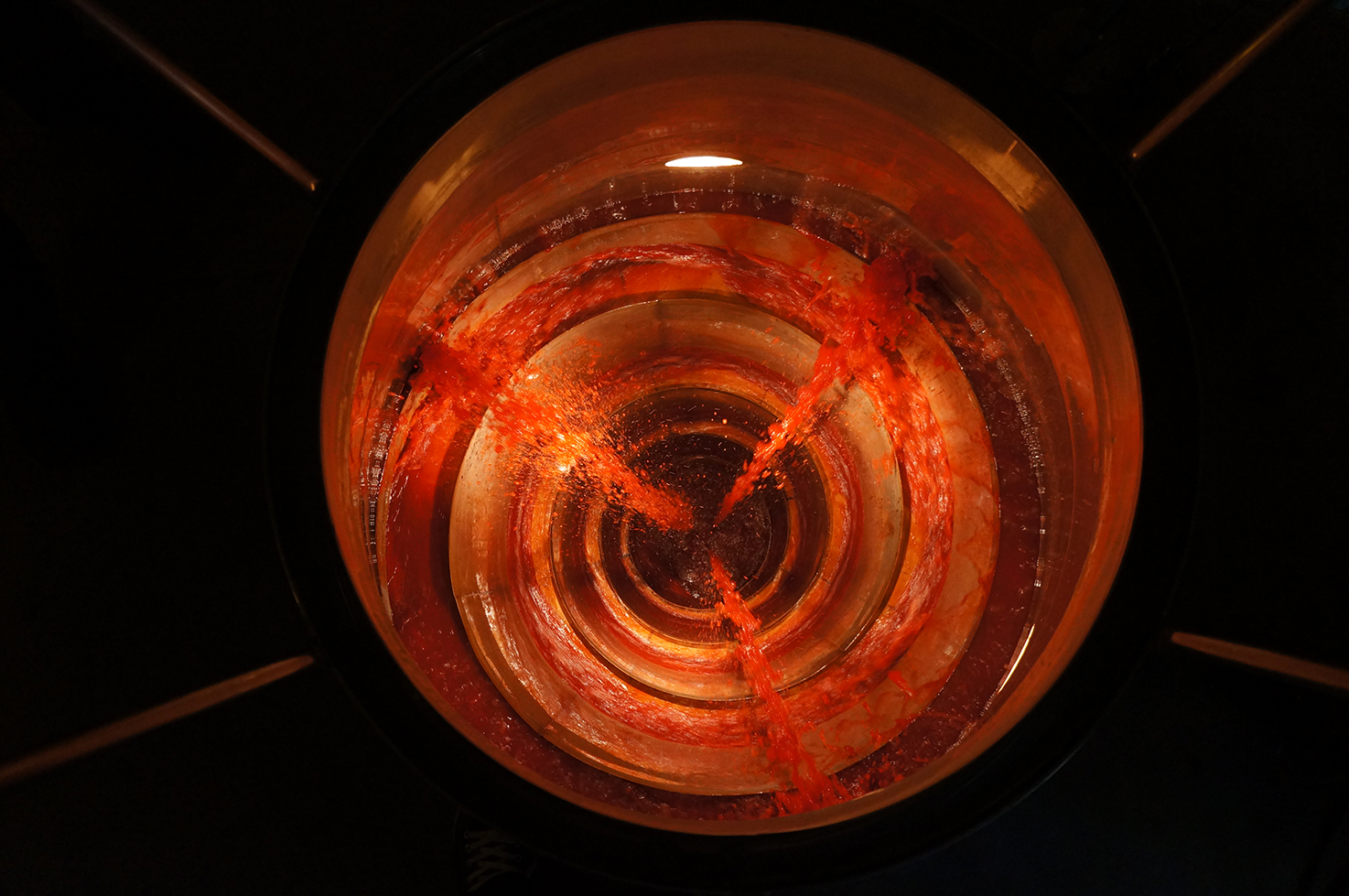 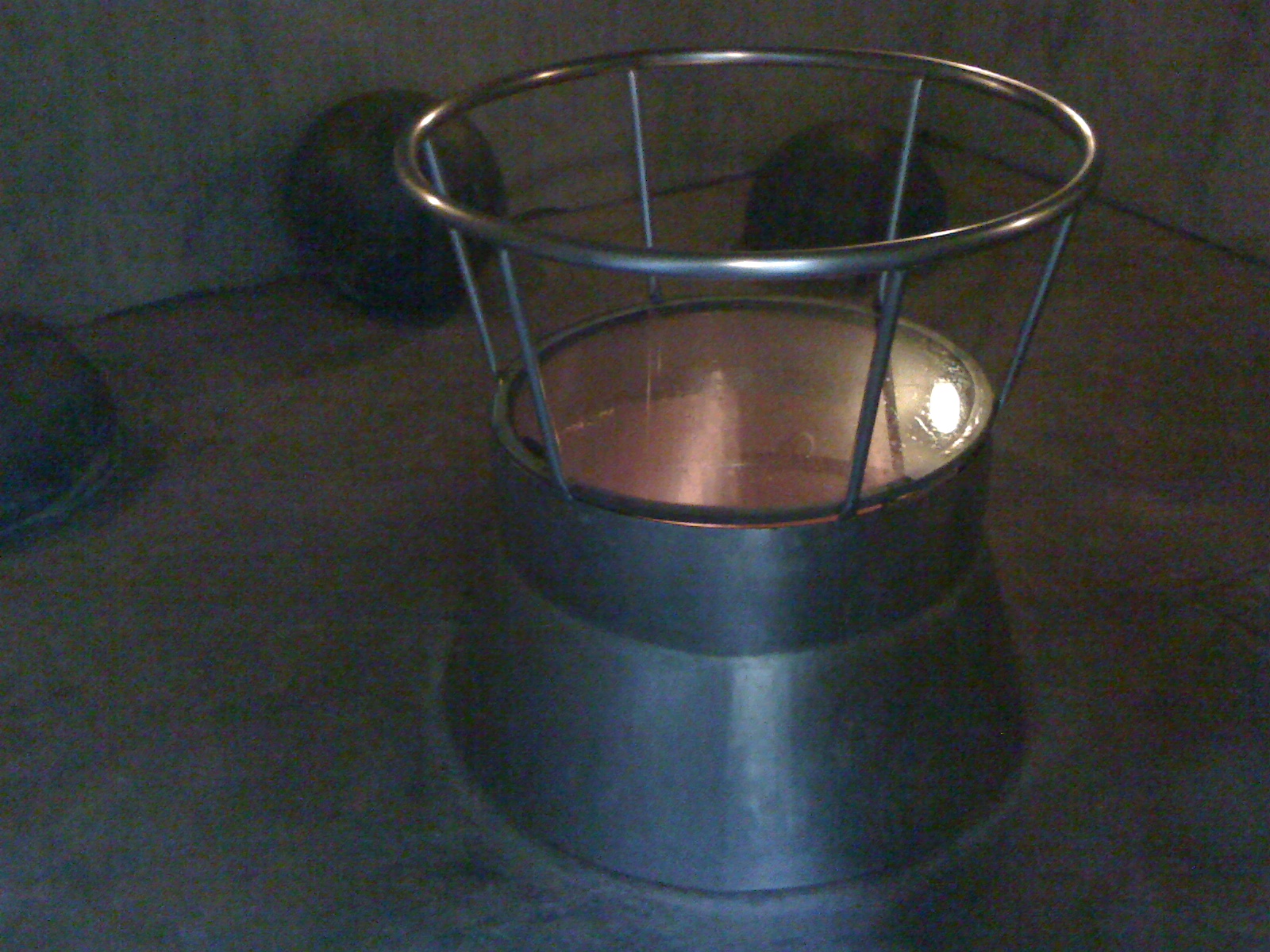 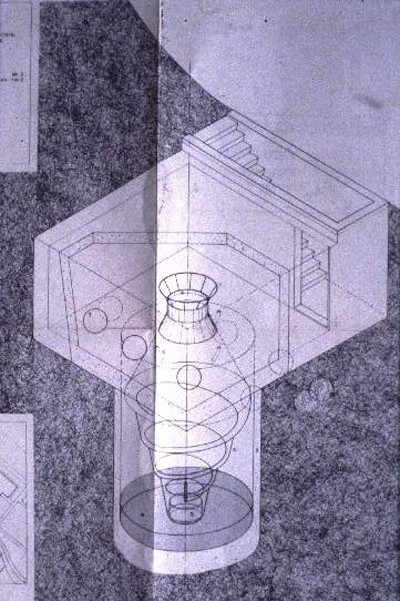 Commissioned by the Arnhem Museum of Art and guided by SKOR, Foundation for Art in the Public Space
In an underground space, the viewer can see how red water sprays upwards in three jets and flows back down via a spiral. Around it lie ten lead spheres in the ground, only three of which are visible. The spheres refer to the cosmos and the planetary system. The red water and the underground space also evoke associations with the body. According to Puckey, the red fountain thus symbolizes the primeval source, which represents the beginning of all life.