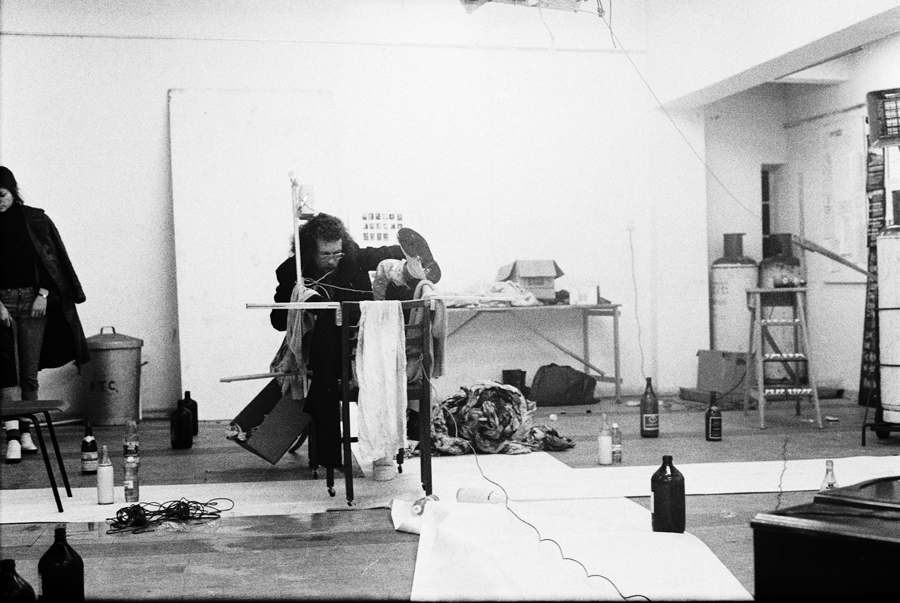 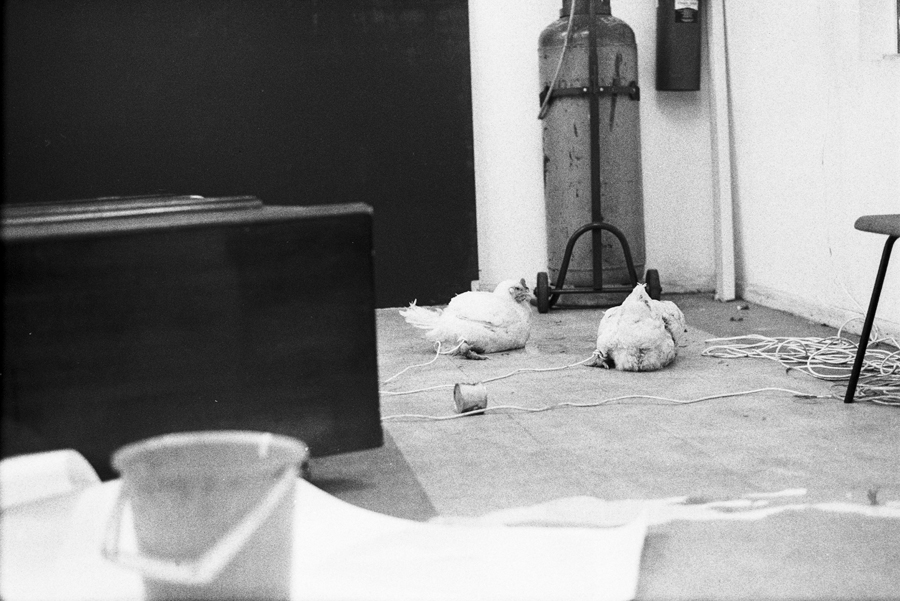 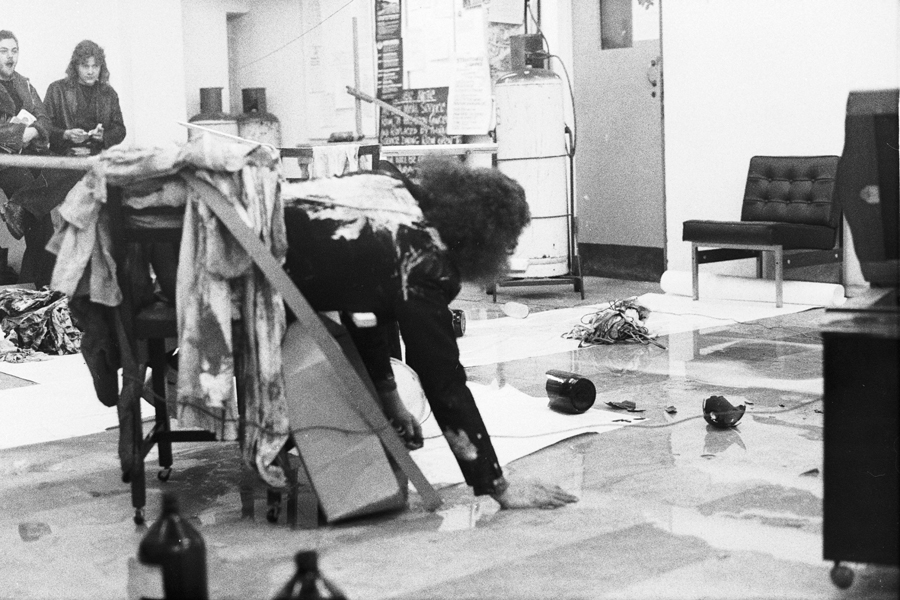 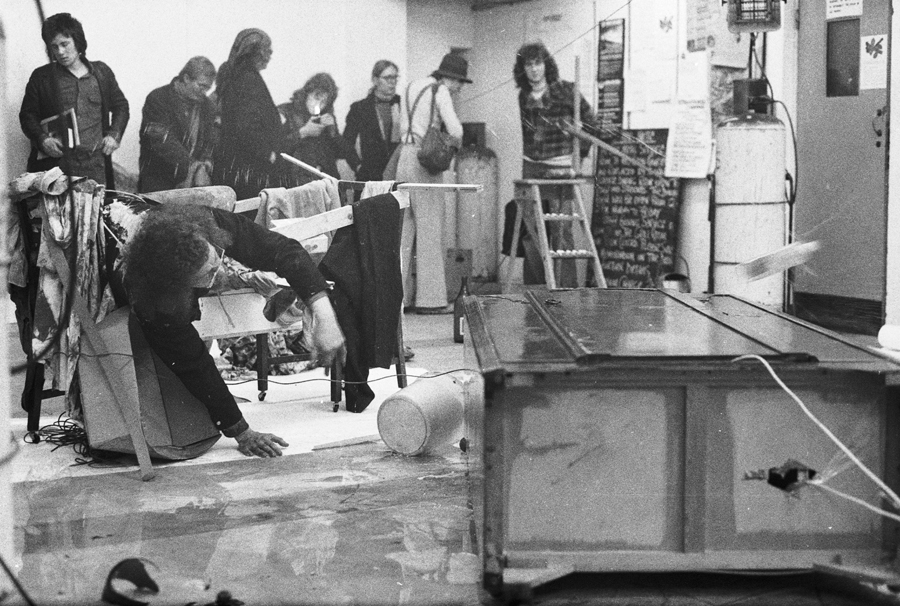 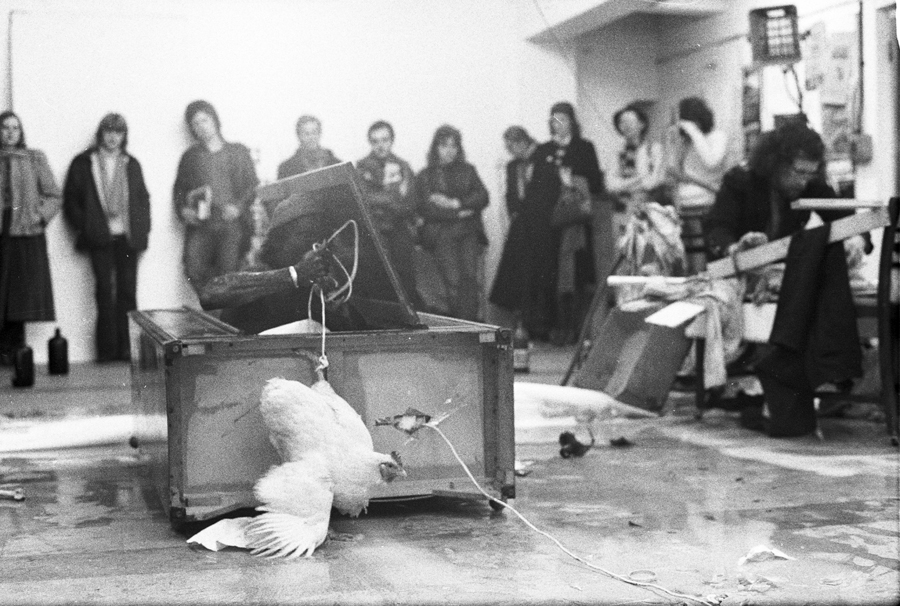 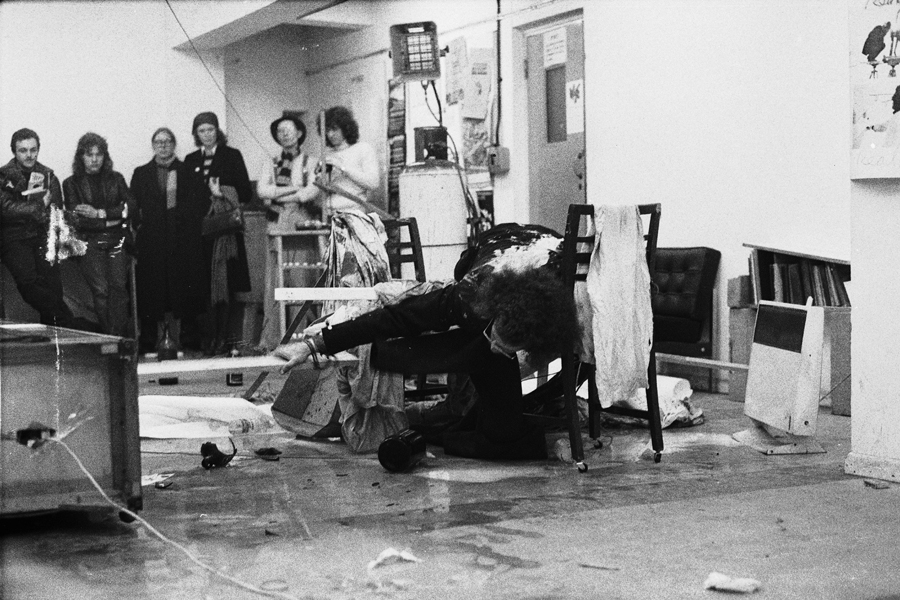 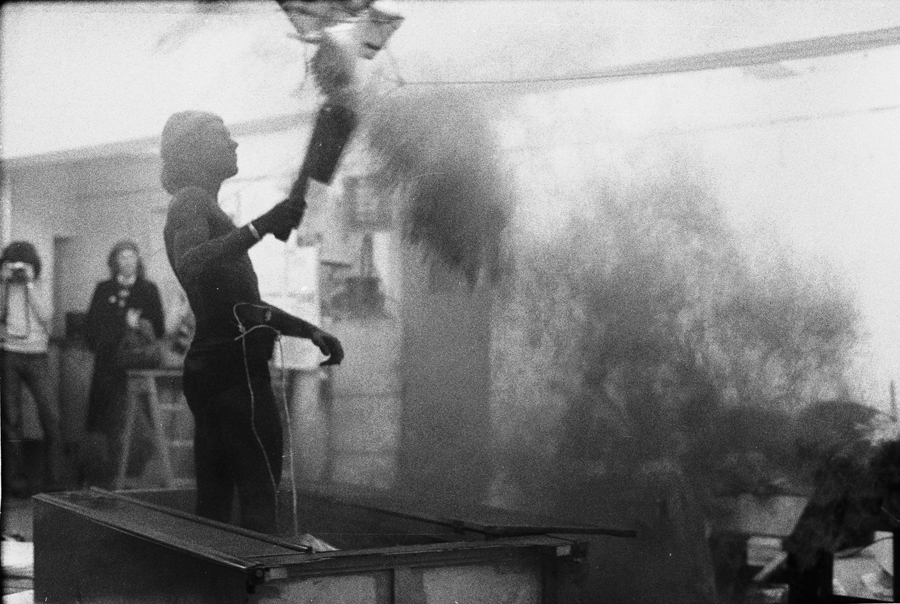 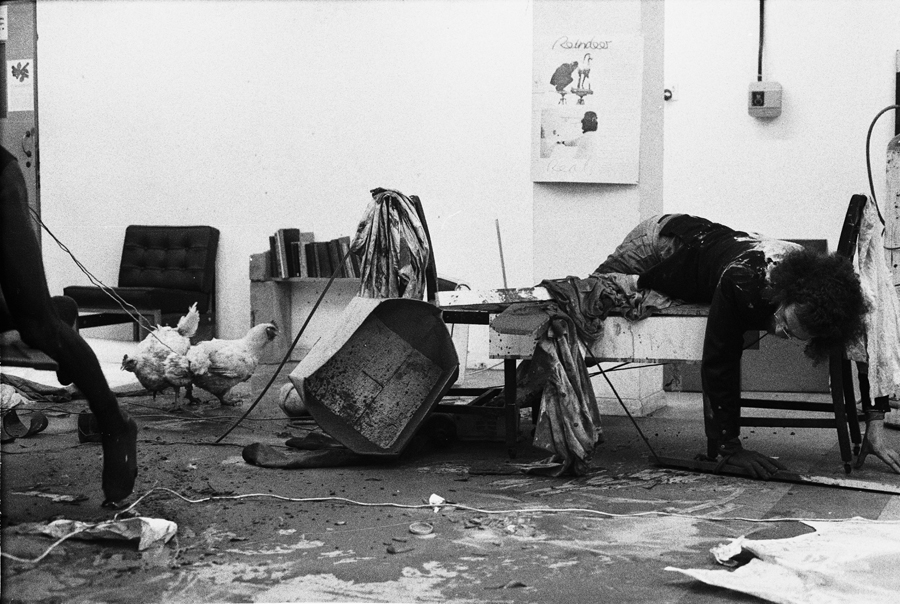 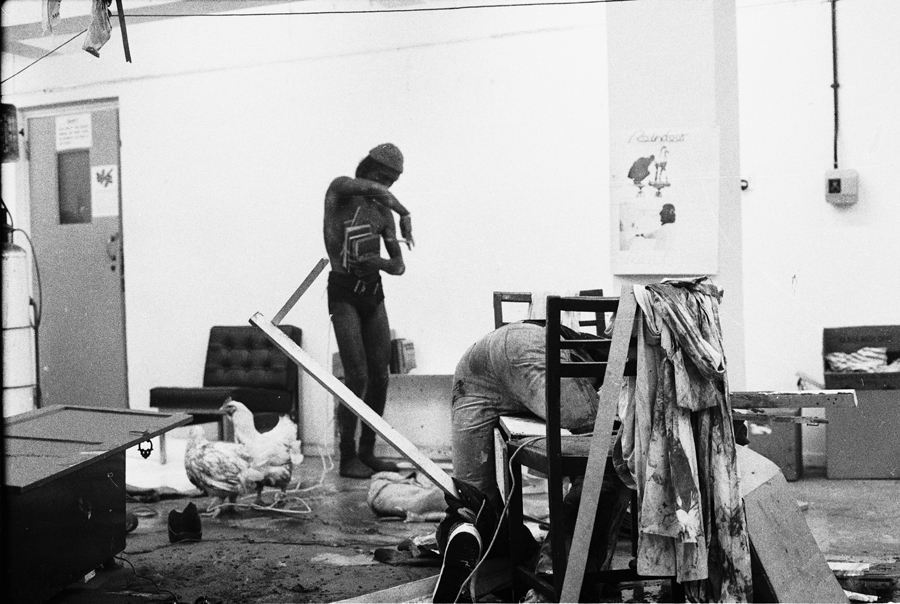 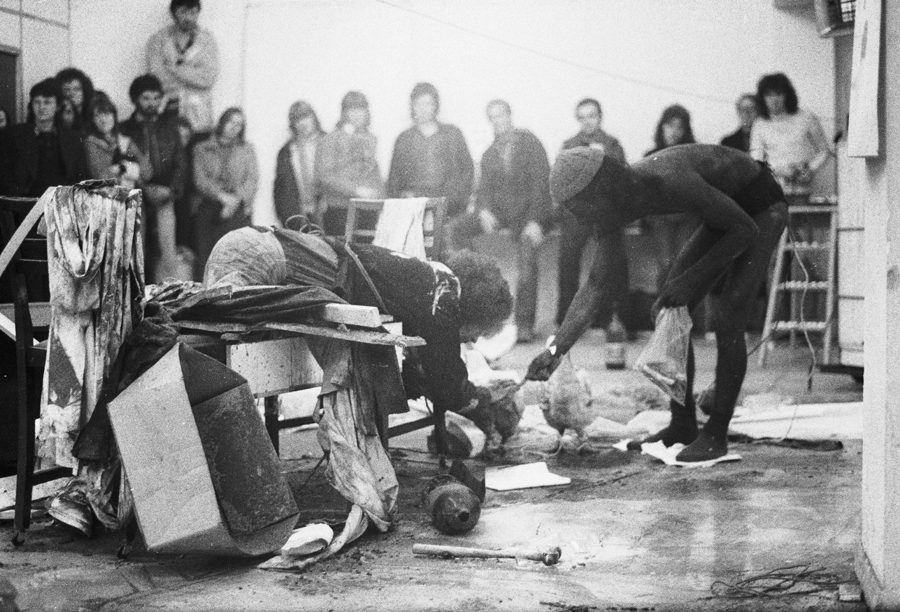 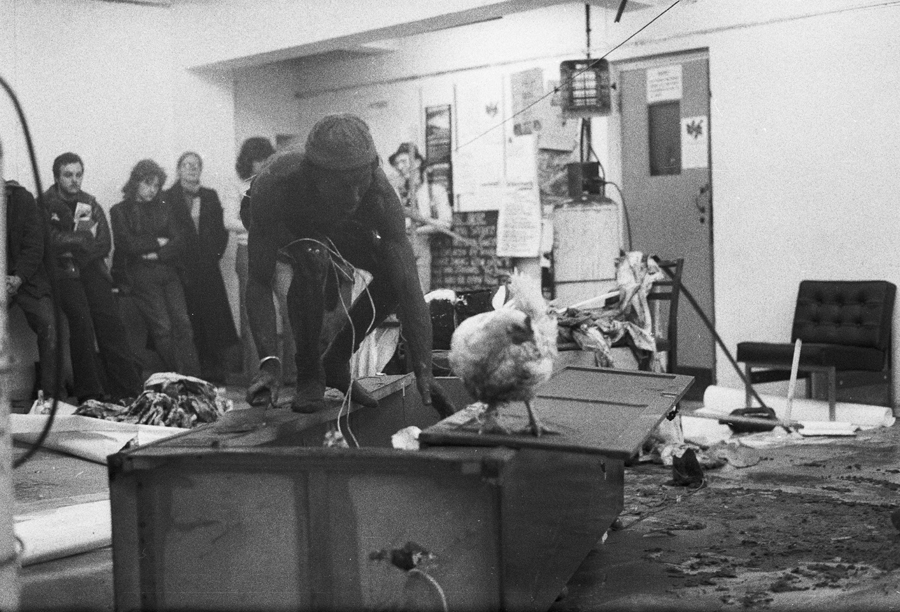 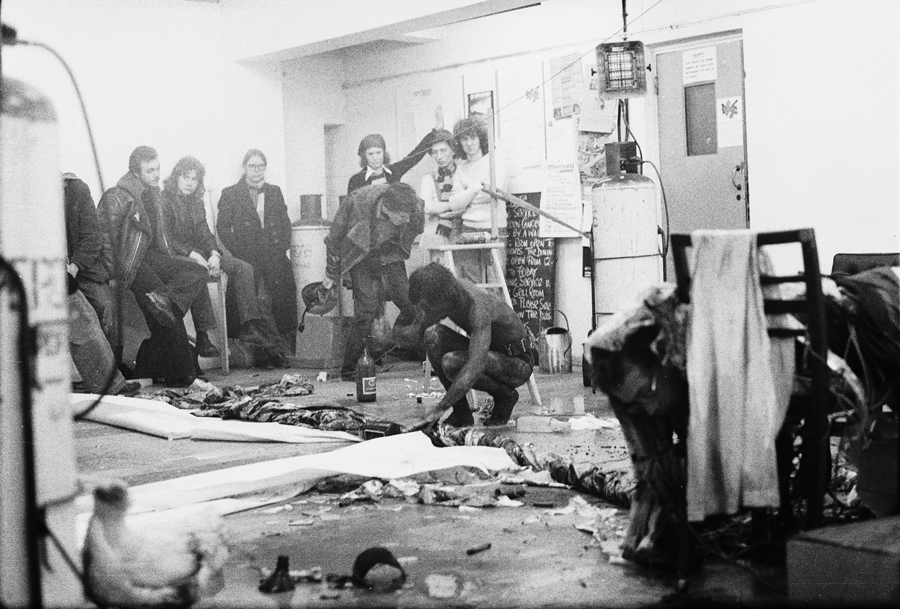 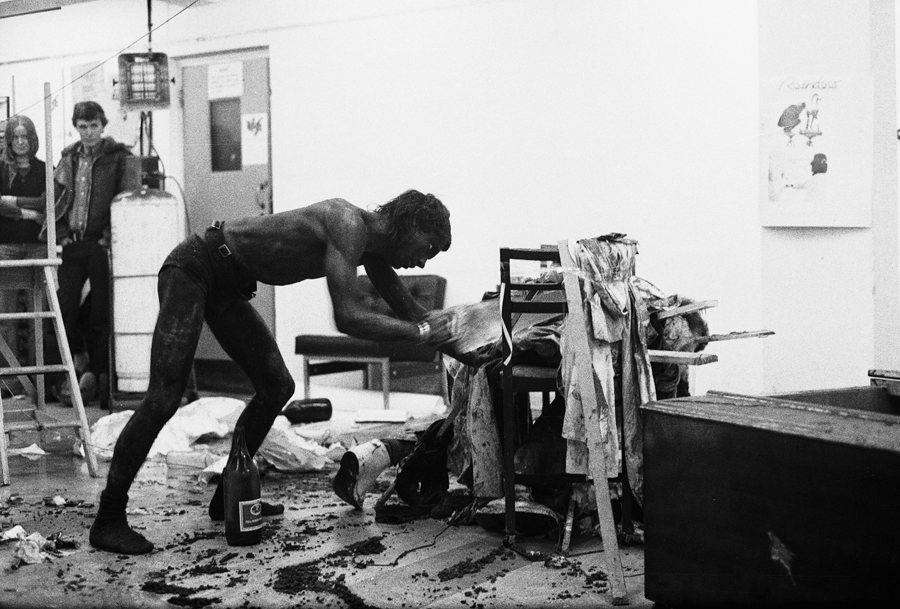 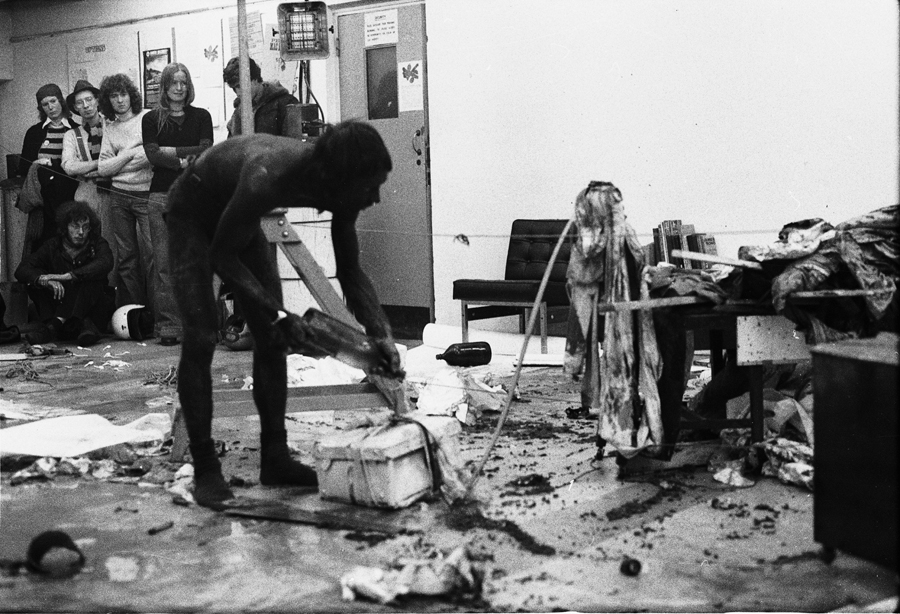 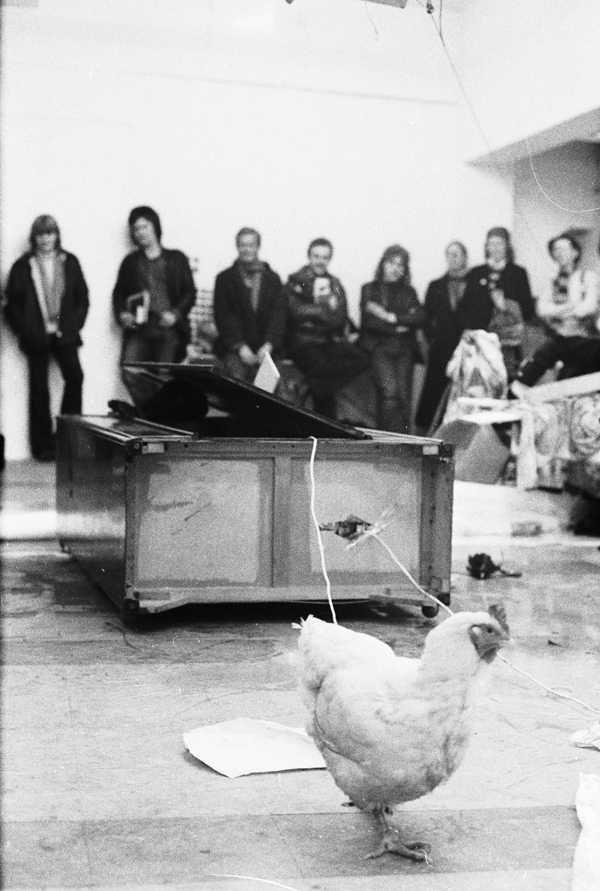 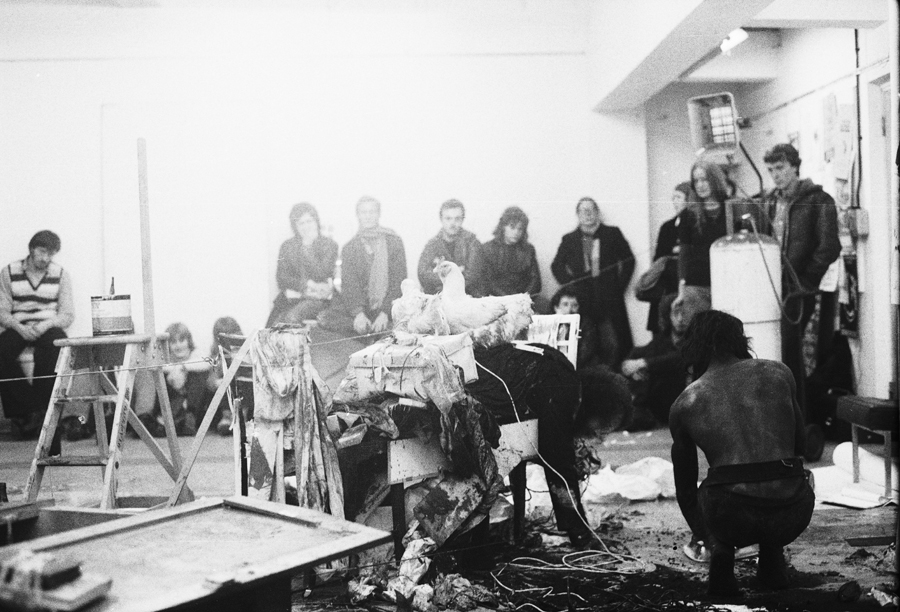 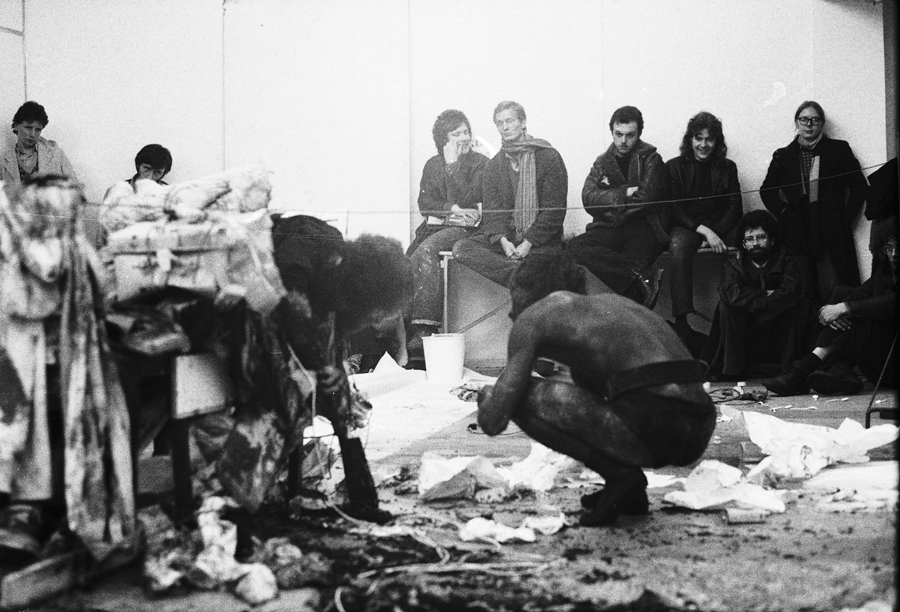 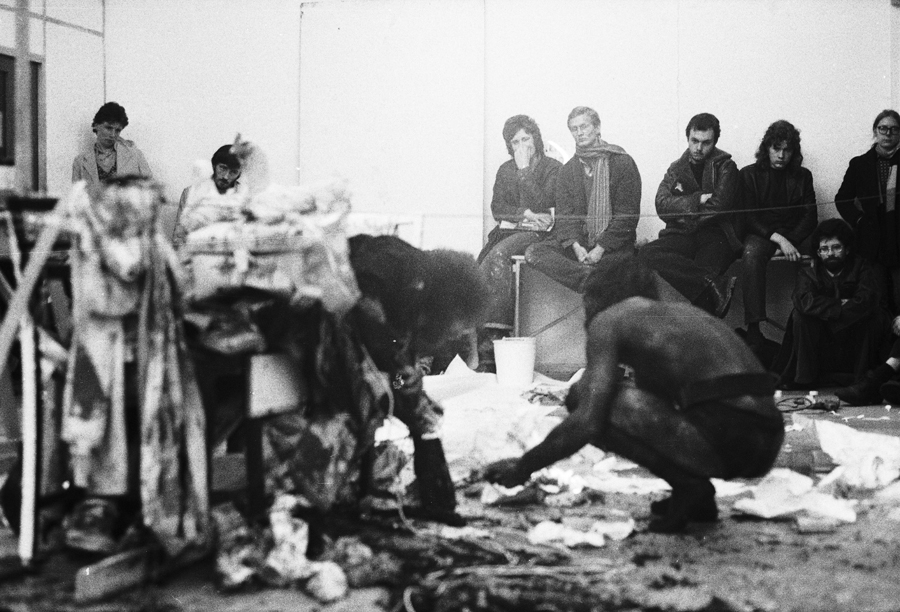 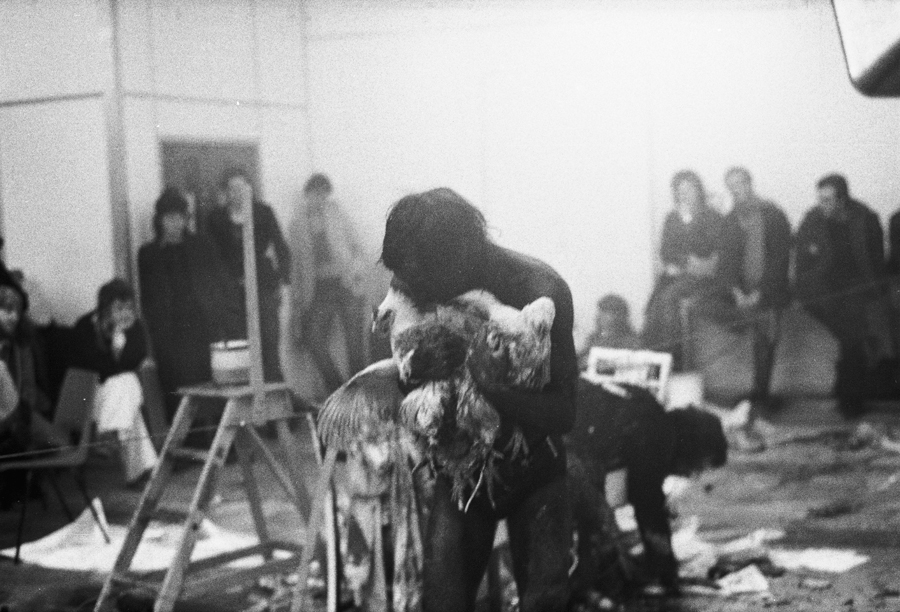 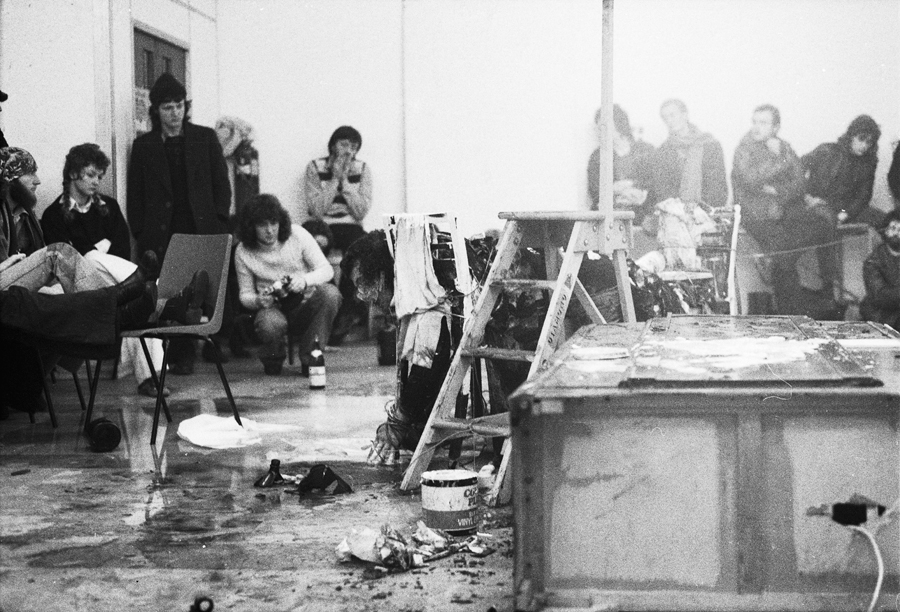 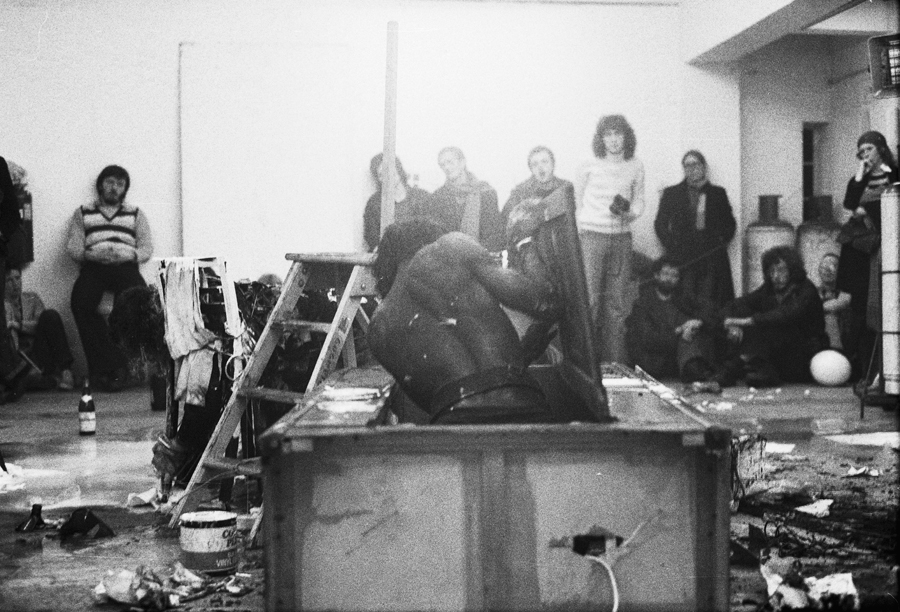 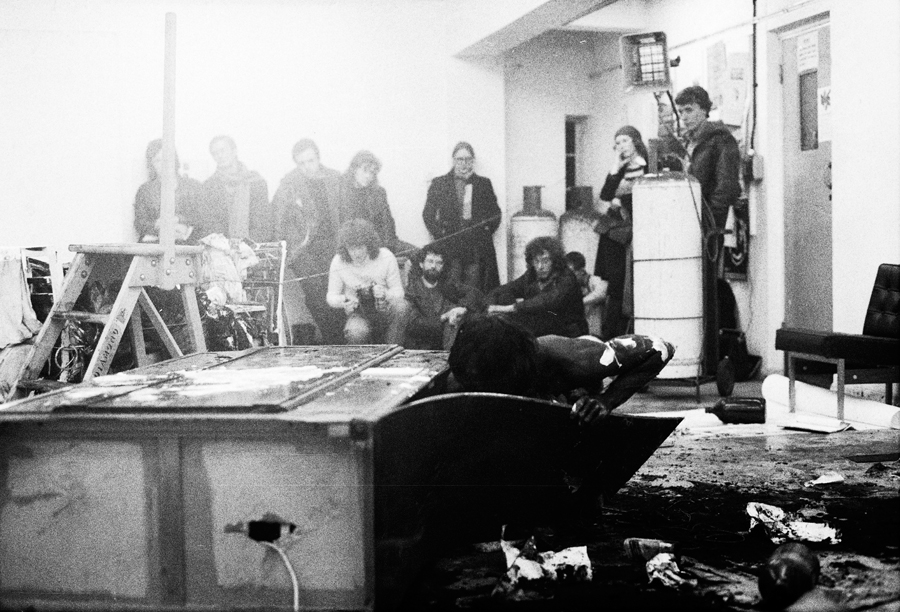 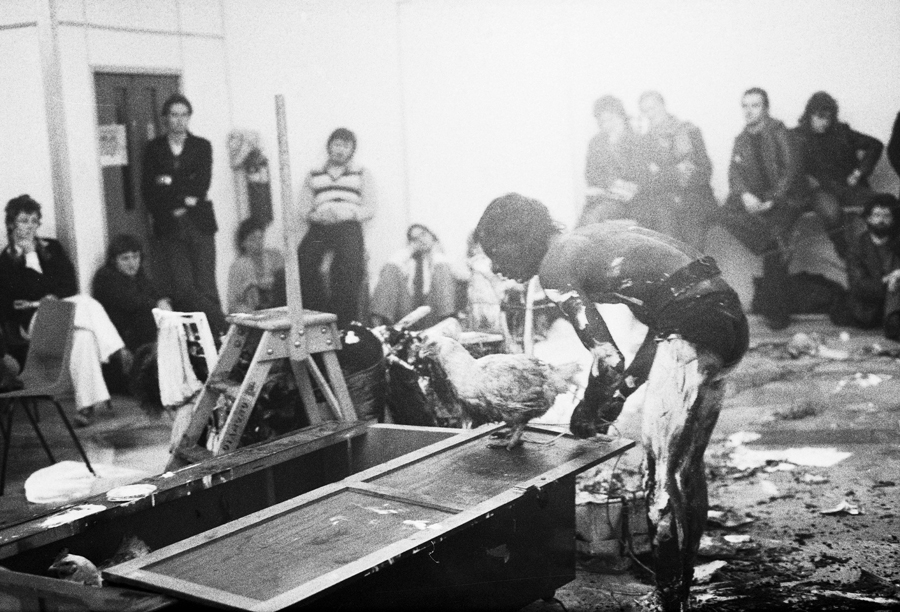 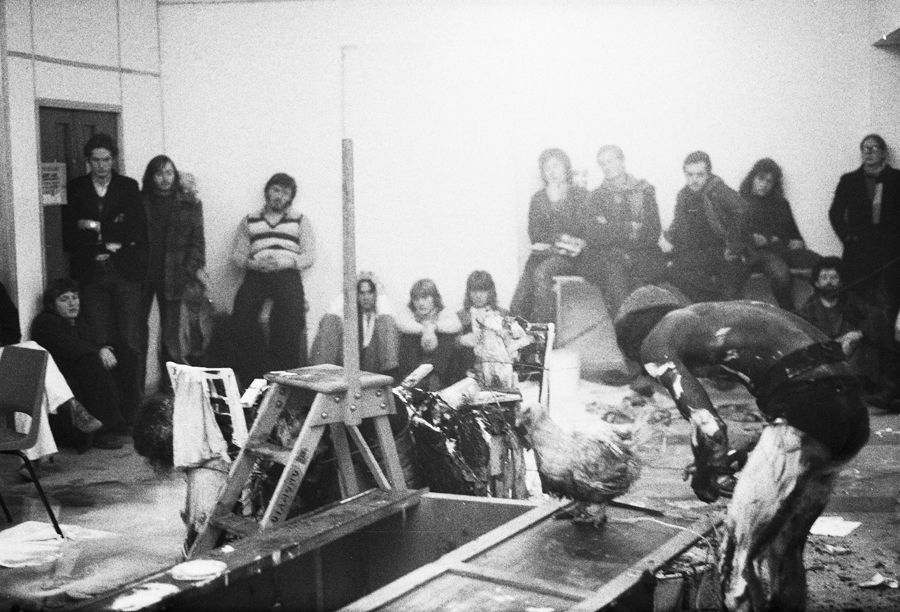 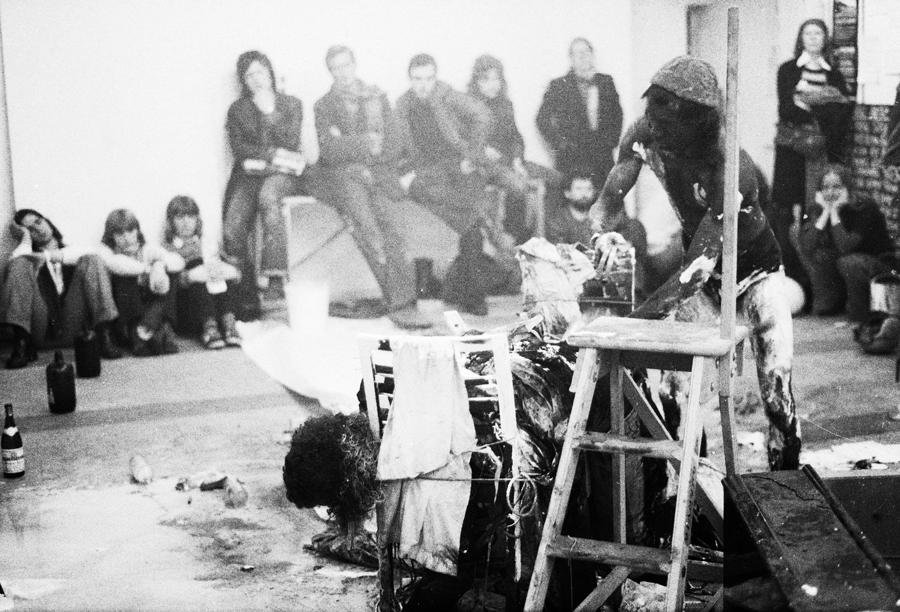 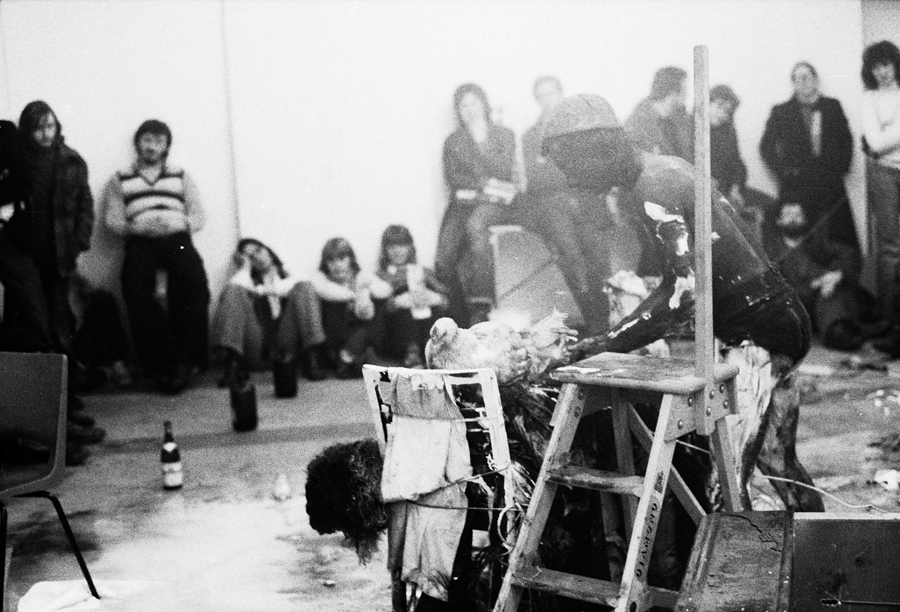 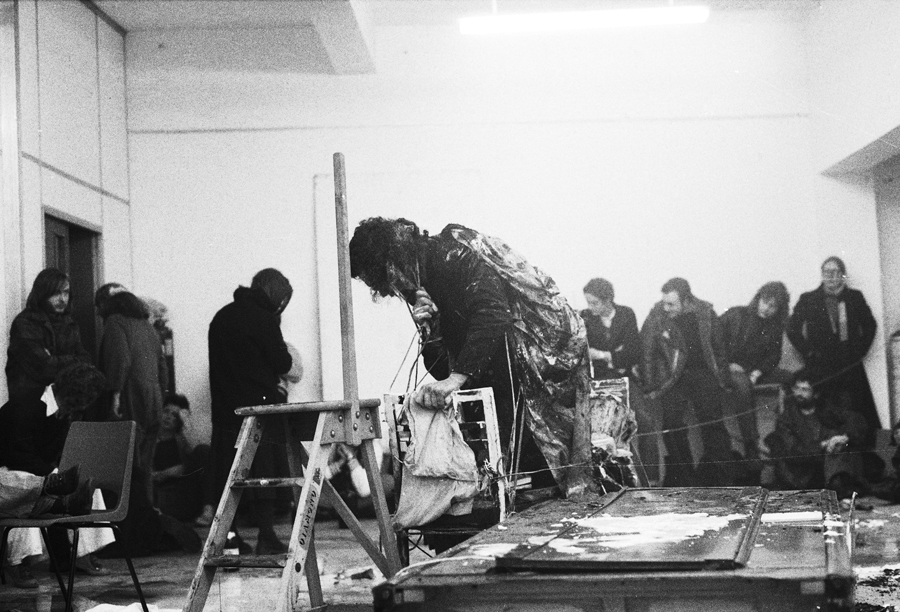 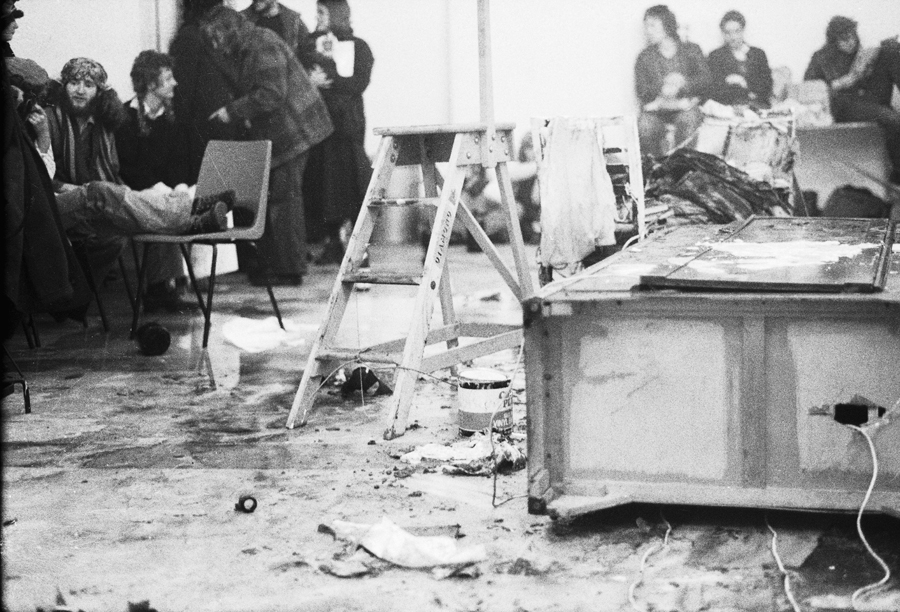 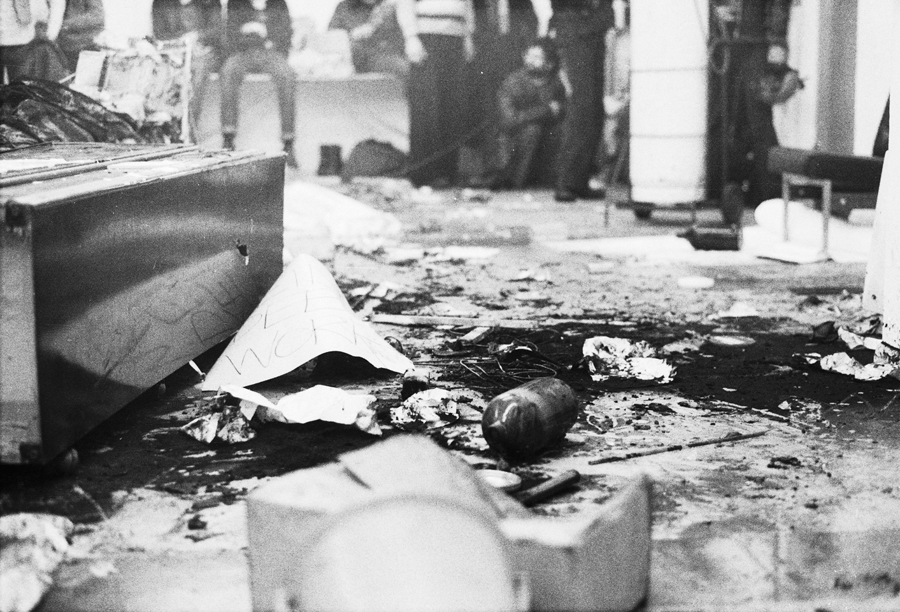 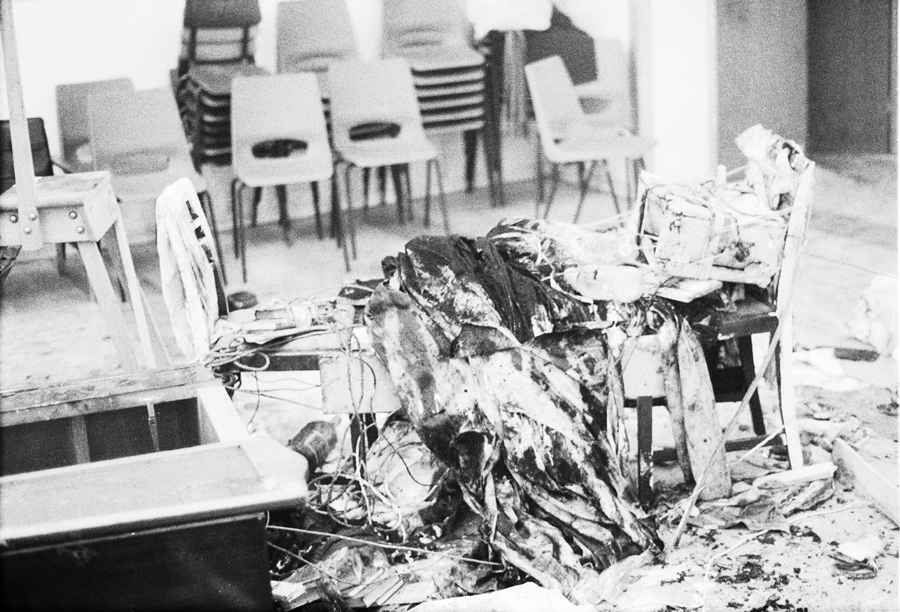 One of the best of the early Reindeer Werk performances. We were invited by Goldsmiths students to perform there.
Dirk Larsen was painted completely black. He situated himself in a wardrobe on wheels to which he ha had attached two live chickens with strings. The chickens were obliged to move around as he moved around. (They were not harmed and were given to a farm after the performance.)
Thom Puckey had bound himself with cord and cloth to a construction on wheels made of old chairs, and manoevered himself around, interacting with Dirk Larsen in confrontational ways.
At a certain moment Dirk Larsen slashed open some hanging bags filled with coloured flock-material, filling the space with a powdery mist.
The performance was improvised, unpredictable and indefinable.