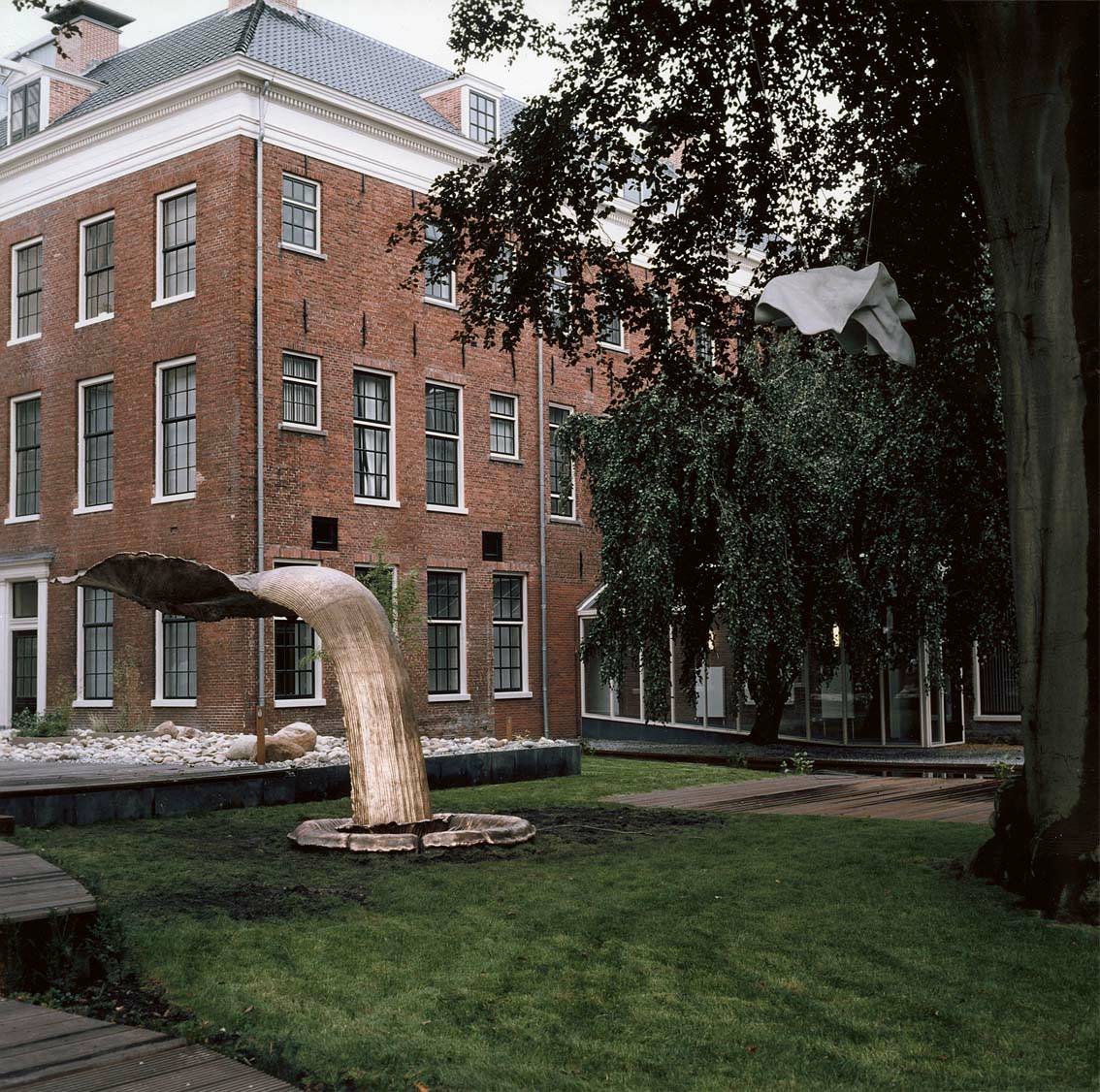 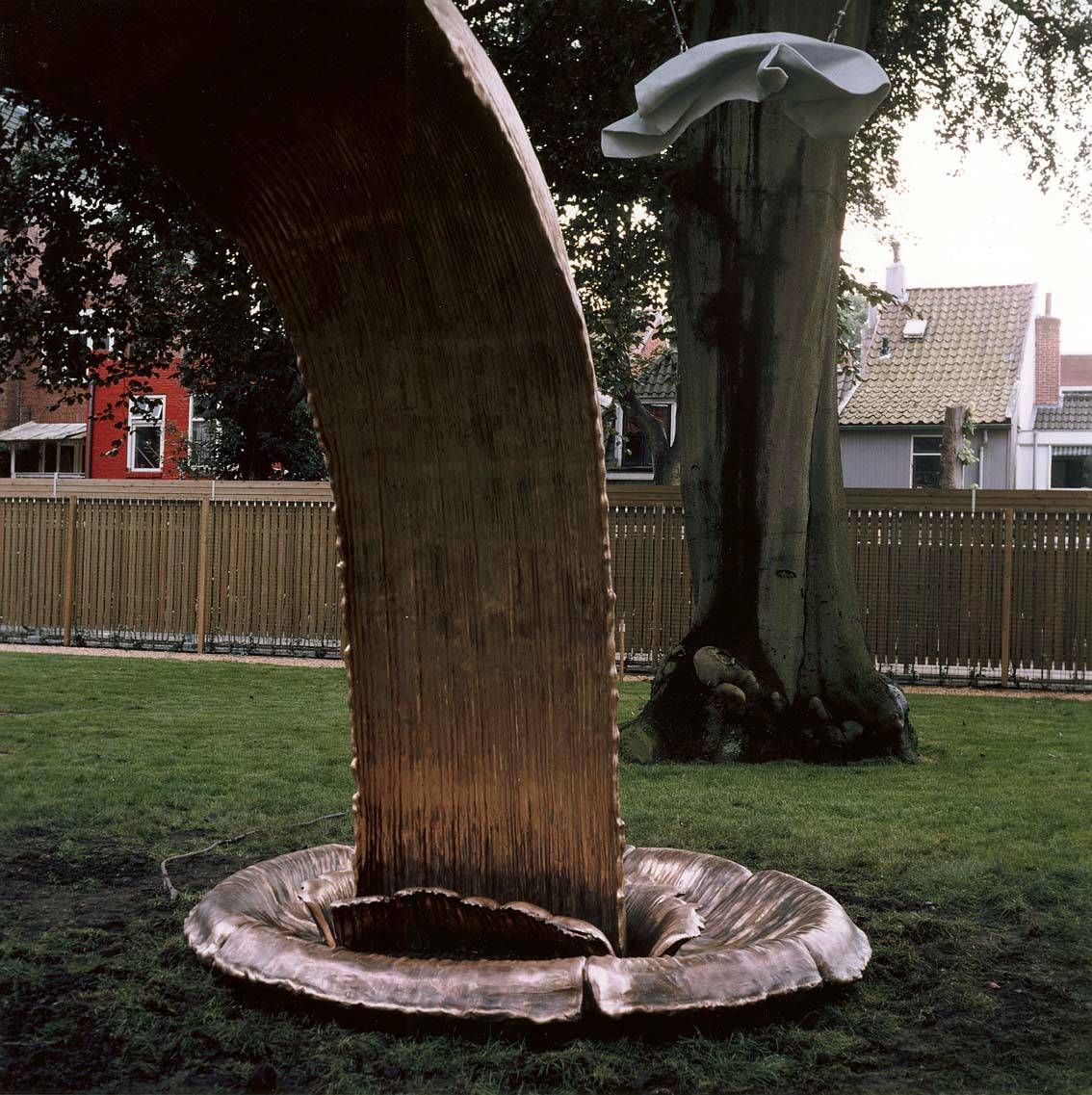 Commissioned by the Rijksgebouwendienst, Netherlands. "The bronze sculpture 'Splash' in the garden of the courthouse in Groningen, depicts a jet of water splashing on the ground. Less than a meter away is a second work by the artist. High in a tree hangs a canvas, chiseled in white marble. Thom Puckey (1948) plays a strange game with reality: time has stopped and the snapshot of a floating canvas, just like that of the water jet, is fixed for eternity in solid and durable material. Puckey once described his work as "a pursuit of contradiction, in which the appearance of the sculpture clashes with the sculpture as a thing". This time he makes an attempt to live up to this statement in its purest form. What in reality can only exist as a moment in time, has been given a permanent shape in durable bronze and marble."